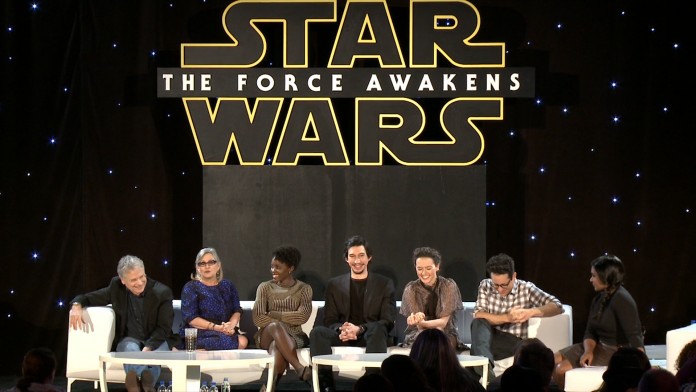 With the marketing train going into hyperspace mere days now separate an eager world and the release of Episode VII – Star Wars The Force Awakens.

Over the next week and a half we’ll be bringing you our review of the film, junket interviews and premiere reports, and we begin today with the full video of both press conferences held earlier this week in the US.

There are a couple of new TV spots in the wild too in case you can’t control yourselves (we can’t – we’re weak), you can find those below. Warning, spoilers.

Check out this great competition to win a Star Wars Remote.