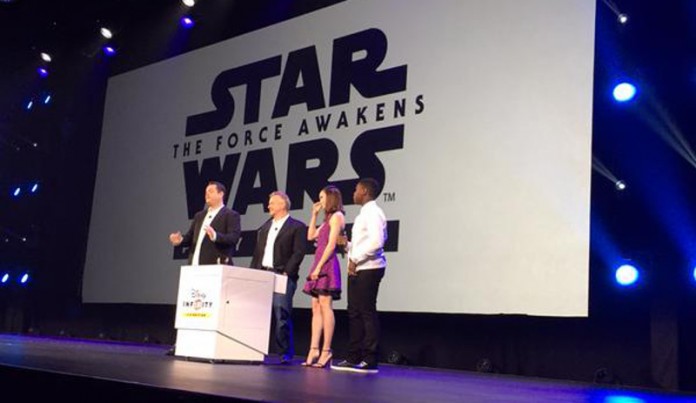 The biggest headline was the playset for Star Wars Episode 7 The Force Awakens, that was talked about in detail for the first time and at the end of the conference two characters were revealed: Finn, played by John Boyega and Rey played by Daisy Ridley. Both the figures and actors were on stage to talk about how they had voiced the characters in the game.

There were other movie tie-in figurines unveiled, Spot from Good Dinosaur as well as Judy and Nick from Zootopia.

It was certainly an impressive line-up of news that got the avid crowd excited. It will be interesting to see how Disney Infinity 3.0 fairs in comparison to Lego Dimensions and Skylanders Superchargers at retail this year.