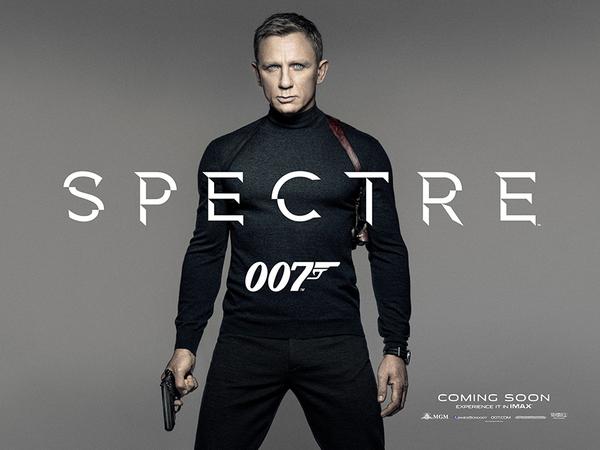 “You don’t matter anymore” is the insult thrown towards James Bond and the somewhat old-fashioned 007 agent programme set up by MI6 – and it’s a prevalent theme throughout Sam Mendes’ Spectre; the latest endeavour to join this renowned, treasured franchise. Scrutinising Bond’s role in modern society, is he now obsolete? Is he still relevant? These are self-referential questions that have been asked of the movies too – and though not his finest outing, yet again it’s plain to see that there’s still a place for Bond in a contemporary, cinematic climate.

Thanks to the pressure that remains on M (Ralph Fiennes) to scrap the secret service, following the introduction of Denbigh (Andrew Scott) – Bond (Daniel Craig) is left to go rogue, to unravel a cryptic message left to him from an old, familiar face. Still in need of the discreet, covert assistance of both Q (Ben Whishaw) and Moneypenny (Naomie Harris) – he tracks down Madeleine Swann (Léa Seydoux), who he hopes holds the key to this puzzling, complex and corrupt set of affairs – that takes him into the beating heart of the nefarious organisation SPECTRE – and into the lair of their elusive, tyrannical figurehead, Franz Oberhauser (Christoph Waltz).

Moving away from the affectionate tropes and traditions of the Bond franchise, Spectre yet again works as a standalone, contemporary blockbuster – which can mostly be accredited to the directorial prowess of Mendes. With a lengthy, single shot which opens the movie, it shows off the filmmaker’s inclination for innovation, matched later on during an indelible fight sequence taking place on a moving train between Bond, and henchman Mr. Hinx (Dave Bautista) – where Mendes decides not to include any music, letting the hypnotic sound of the locomotive provide the soundtrack, embellished only by the harsh thuds of the conflict.

Spectre looks the part too, and while there were apprehensions following the departure of the venerable Roger Deakins, the move back to shooting on 35mm, and away from digital, adds a certain charm to this piece – feeling endearingly old-fashioned along the way, such as when Bond and Swann set off to Tangier, with their outfits and the sepia-tinged aesthetic giving off the aura of a classic picture, which feels only fitting where Bond is concerned. The film does suffer from tedium however, dipping in the middle stages, never truly living up to the absorbing and captivating opening act.

Similarly to Skyfall, we are seeing a more vulnerable, human side to Bond’s demeanour, even setting foot in his London apartment, and watching on as he reflects on whether he’s happy being a secret agent, having been posed with the question by Swann. The latter’s role feels more significant too, as the expression ‘Bond Girl’ seems rather demeaning nowadays, as although at times appearing like a mere damsel in distress, the protagonist’s female counterpart is given a more full-bodied creation to work with. The same can’t be said of Oberhauser however, as a mysterious antagonist who is perhaps at the mercy of being, well, a little too mysterious, not quite utilising Waltz’s sinister, savage sensibilities in a way that had been expected.

Suffering in a similar vein to Quantum of Solace, which followed on (in a narrative sense) to the preceding Casino Royale – Spectre isn’t as accomplished a feature as Skyfall was, and perhaps should have avoided connecting up to what came before, which tends not to work well in Bond, generally better when left as entirely unique, self-contained pictures. Spectre may be the most expensive Bond ever made, and is even the longest too – but sadly, it’s by no means the most fulfilling.

Jonathan Ross goes Behind the Scenes

No Time to Die Review