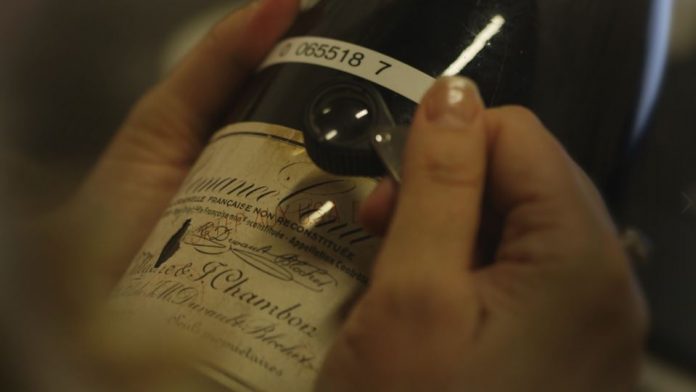 There isn’t anything quite like popping the cork and pouring a quality glass of wine. One where the flavour surrounds your tongue as thirst is quenched for a split second – yet many fine wines can cost you a pretty penny. But then you have those with enough money and the inclination to invest properly, and by doing so, con the high flyers and collectors into paying a ridiculous amount of money for wine masquerading as the real thing.

There is a culture and history to the world of wine. Directors Atlas and Rothwell guide us through how it is grown, made, bottled and labelled in this historic and authentic process.  During the 90’s it seemed people had an abundance of ‘f**k you’ money which was poured into some of the most exclusive wine collections in the world. It is said that what people feel when drinking wine has no price and boy, to these collectors featured in this enlightening documentary – it really doesn’t.  One has to have the knowledge behind it to move in such circles, the gift of the gab and of course a bubbly attitude to go with it. New to the game wine lover Rudy Kurniawan, has all of the above and managed to win over a large percentage of auction houses and collectors when it came to his wine knowledge. It certainly takes more than knowing the Hardy’s Shiraz or dare we say Blossom Hill you find in Tesco; it’s a way of life to these people.

By the by, it’s hard to see past the snobbery and class level of those who dabble in the world of wine and Champagne collecting, it’s truly crazy. Without the dollars to pay for it, the knowledge of wine means absolutely zilch. When Rudy was new to this game, he really had to put himself out there – learn the lingo, gain trust in people and before he knew it, everyone was talking about him, but perhaps they were talking for all the wrong reasons.

Various auction houses started to notice things weren’t quite right. Most notably, the fact that a particular wine manufacturers didn’t make a magnum back in 1921 or the label is slightly more intact than expected people started digging a bit more and what they found ran much deeper than they could have ever imagined. What appears to be an interesting wine documentary becomes an intriguing investigation resulting in Laurent Ponsot, the head of Domaine Ponsot in Burgundy personally finding out what happened to his family business. When other buyers started to notice, the auction houses simply dismissed it, a tough luck situation of ‘you bought it, so deal with it’ quickly emerged. Finally tracking everything down, along with investigators hired by private wine collectors that were now going through their collections with a fine tooth comb; Rudy, the nice guy who won everyone over with his charm, was caught and sentenced to 10 years behind bars as well as being stung with a hefty $28.4 million fee to reimburse victims.

Still to this day there are said to be nearly 10,000 of Rudy’s counterfeit products are in private collections around the world and despite what he had done, Laurent can’t help but congratulate the perpetrator – ‘Hardly anyone could have done it – he was a bit of an artist’. Sour Grapes is a thought provoking documentary that will certainly make you want a glass of wine, if nothing else. Although Rudy is now behind bars, it does make you wonder – is this the end of such things or just the beginning?