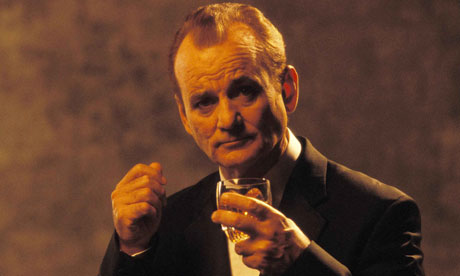 With the growing creativeness nowadays of adverts on TV it comes as no surprise that the short 30 second sales pitch to viewers have become entertaining and increasingly popular.  So much so that directors and actors are finding the short, sharp (and well paid) work as appealing as the audiences they are targeting.

The criminal mastermind Lex Luthor, or more accurately the incredible Kevin Spacey, is known to have appeared in one or two adverts in his time whether it is redefining what a good seat for American Airlines or how to be a tourist without looking like one for Olympus. Here is the UK we are menaced by Ray Winstone’s flying disembodied head shouting betting terminology at us.

But it’s always interesting when you see the most unlikely of actors pop up in adverts. We take a look at six of the best actors you wouldn’t expect to see in ads.

With the Robert Downey Jr career renaissance in full effect thanks to performances in Zodiac among other films, it’s truly a relief to have the talents of this great actor back on the big screen.

The pizazz and charisma brought to the character of Tony Stark in Iron Man helped propel the troubled star to a new level. Now that we are once again well acquainted with Downey Jr, he has been able to transform his own-brand of wry humour to the HTC advert in which he stars.

Given that Downey Jr heads up two franchises, Iron Man and Sherlock Holmes, you could be forgiven to consider the notion that he is now too big of a star to do such adverts but that is evidently not the case.

Oozing self-confidence and pure unadulterated coolness he ultimately makes the advert worth watching.

It truly cannot be emphasised enough how much of a screen legend Al Pacino is and words almost seem inadequate to convey this.

Amongst the eight Academy Award nominations and one win, Pacino has created unforgettable characters from Frank Serpico to Michael Corleone. Although Pacino’s latest films leave a lot to be desired. And the freak appearance in an advert for SKY TV may have troubled die-hard fans, but the reality of the matter is far more disturbing.

An advert for Dunkin’ Donuts could be funny, could be a left of centre field but is quite the opposite it would appear. It must be said, however, that Pacino doesn’t take himself or his perceived persona seriously and that’s commendable.

The 1999 hit from the then Wachowski Brothers is a remarkable piece of filmmaking filled with intellectually stimulating ideas, revolutionary special effects as well as action scenes not to mention characters.

This years’ Super Bowl XLVIII array of adverts featured one from KIA that explored the world of The Matrix once again where we see Laurence Fishburne return as Morpheus to offer the choice of real luxury or continue blindly with the illusion of what is perceived to be luxury.

Post-Matrix has seen Fishburne enjoy success on TV and film from the CSI franchise and Hannibal to starring in Zach Snyder’s Man of Steel as Perry White.

Given The Matrix franchise spawned two sequels, with many believing were unnecessary, it’s more of a surprise to see Fishburne in an advert as this particular character. It’s one thing seeing Morpheus free minds once again but to then do a rendition of sorts of Nessun Dorma is just funny.

For what it is, it’s an advert that is entertaining but may not be to everyone’s liking.