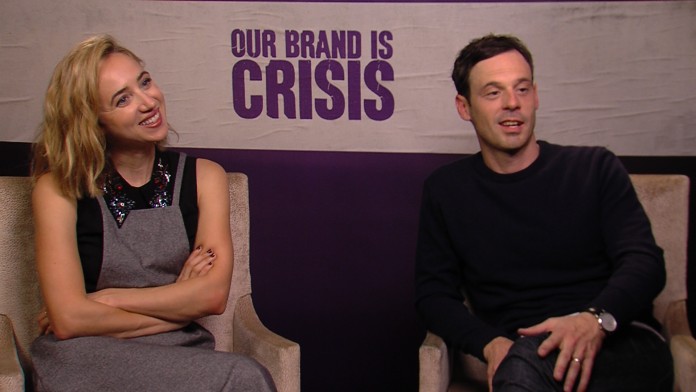 As well as sounding like the most showbiz couple ever Scoot McNairy and Zoe Kazan are both making names for themselves with Monsters and Ruby Sparks two recent examples. These two exceptional young actors are served very well with their roles in Green’s latest film and Caroline Feraday sat down with the pair to talk about their time on the film.

Scoot McNairy & Zoe Kazan Interview for Our Brand is Crisis