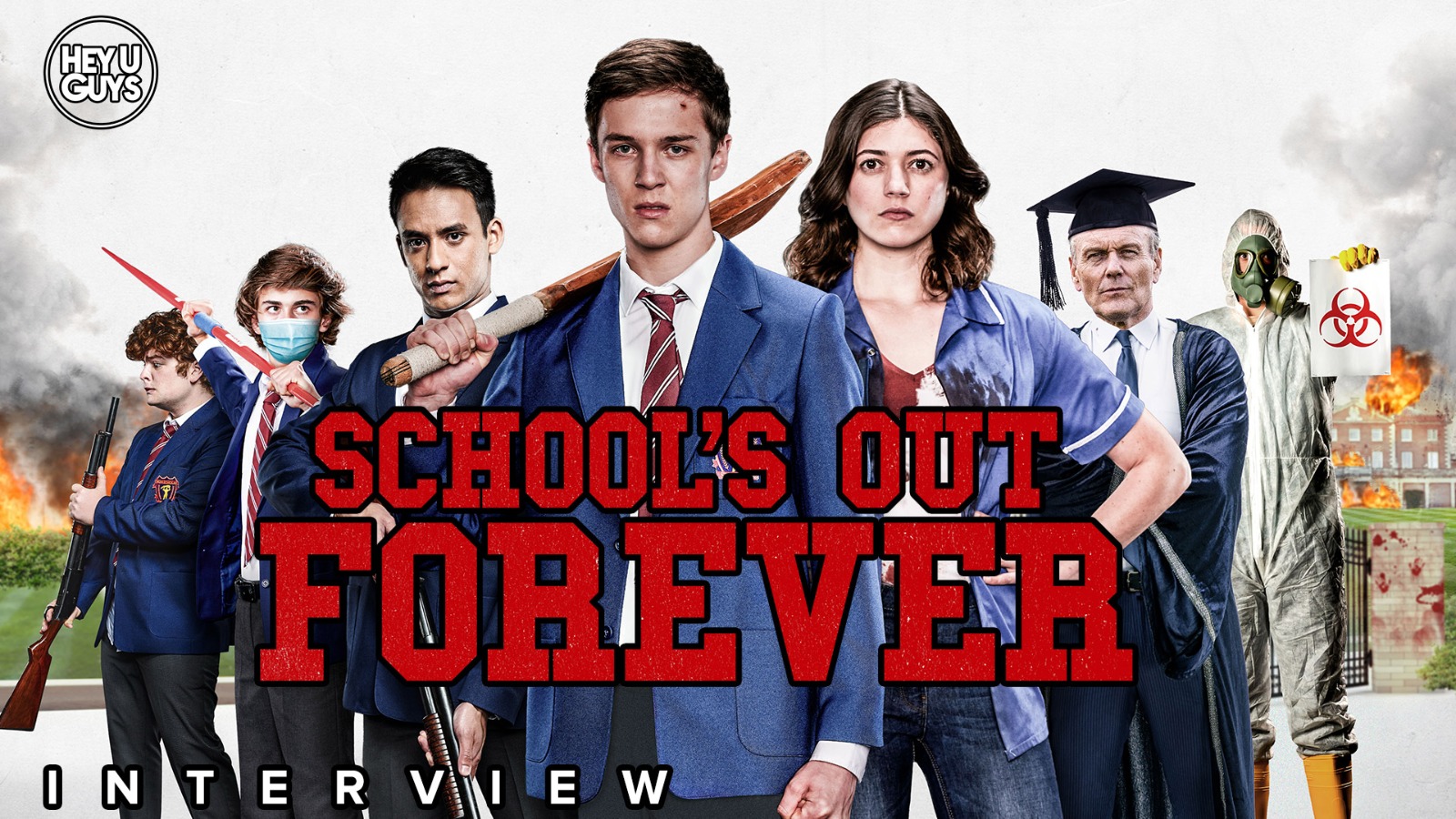 Don’t be fooled by the somewhat playful title of this Oliver Milburn production, as School’s Out Forever is a dark and twisted endeavour, with a Lord of the Flies element to the narrative, and a scarily relevant theme that ties all too well into the world we currently inhabit. To mark the film’s release, on digital download from today and on DVD and Blu-ray from April 12th, we had the pleasure of speaking to the aforementioned writer/director, as well as two of the leading stars, Oscar Kennedy and Alex Macqueen. Be sure to watch both interviews in their entirety, as we discuss the themes of the movie, the pandemic and we look back over teacher that made an impression on them – perhaps more so than those in the movie manage…

No sooner has 15-year-old Lee Keegan been expelled from his private school than a pandemic spreads like wildfire around the globe. With his father dead and mother trapped abroad, Lee is given one instruction: go back to school. But safety and security at St. Mark’s School for Boys is in short supply. Its high walls can’t stop the local parish council from forming a militia and imposing marshal law, while inside the dorms the end of the world is having a dangerous effect on his best friend and his unrequited crush on the school nurse isn’t helping him concentrate on staying alive.

School’s Out Forever releases on digital download on the 15th Feb and is available on DVD & Blu-ray from 12th April.