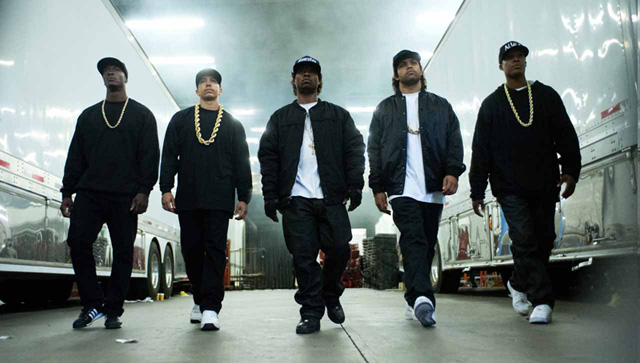 This is how you do a trailer.

F. Gary Gray’s Straight Outta Compton is what can be seen as the authorised account of the rise of N.W.A. from the mean streets of California’s most dangerous city. As you’ll see from the introduction to the trailer with Dr. Dre and Ice Cube are hailed as heroes in the city today and they are advising producers to the film, lending the film an authenticity.

O’Shea Jackson Jr., Corey Hawkins and Jason Mitchell lead the film as Ice Cube, Dr. Dre and Eazy-E respectively, and the trailer below shows off a very good looking film with one on the past, and the other on the impact these men and this music had on the people of the city, and then the world.

The film is released on the 14th of August here and in the US – judging by the trailer (which is rightly NSFW) this will be one to see with a crowd.

Win a DVD bundle with The High Note

Exclusive: Kelvin Harrison, Jr. on romantic drama The High Note – and going up on stage with Diana Ross