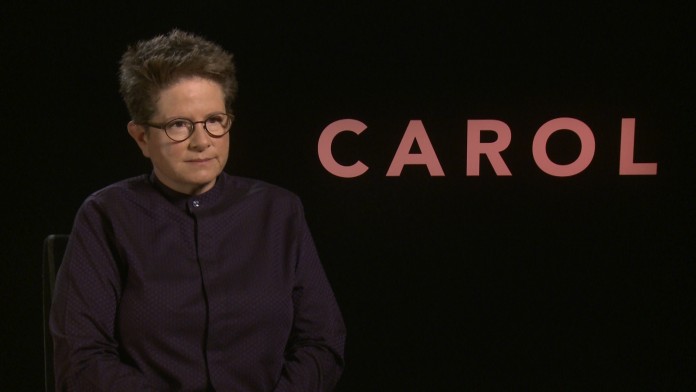 Patricia Highsmith’s 1952 novel The Price of Salt was published under a pseudonym due to the story’s controversial subject matter. Later republished as Carol, the story has found new, cinematic life thanks to director Todd Haynes and the film’s screenwriter Phyllis Nagy.

In the last of his series of interviews with the cast and crew of Carol James Kleinmann sits down with Nagy to talk about the challenges of adapting Highsmith’s novel.

You can read our review of the film from its Cannes premiere here, and check out our other videos including the full press conference from the London Film Festival.

Carol stars Cate Blanchett, Rooney Mara, Kyle Chandler and Sarah Paulson, it is directed by Todd Haynes and adapted from the Patricia Highsmith novel The Price of Salt by Phyllis Nagy.