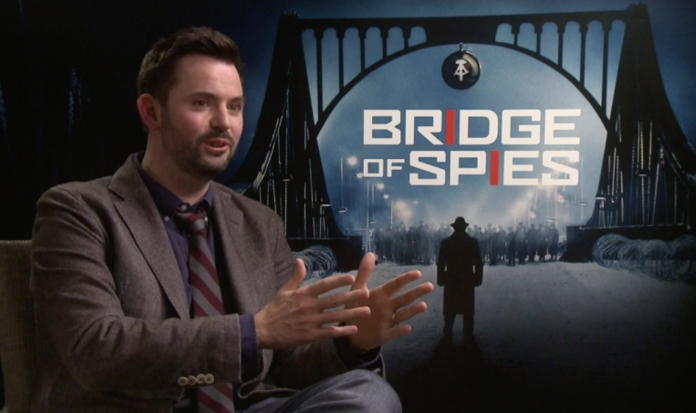 Matt Charman – the screenwriter for Bridge of Spies – is a remarkably humble man. We can tell that, because he seems as happy and taken aback from his experience working alongside Steven Spielberg, the Coen brothers and Tom Hanks as we would probably would.

We had the pleasure of speaking to the English writer to promote his latest production, the cold war espionage thriller – and discussed what it meant to him to have written a script for Spielberg, and he explains why the process of selling his idea in Hollywood was similar to speed-dating. He also went on to tell us how he used to fabricate You’ve Been Framed videos for cash, and tells us a little about his forthcoming project, the ‘young adult’ picture, Wilderness.

Bridge of Spies is released on November 26th.

Mike Faist on auditioning for Steven Spielberg, Riff and the challenges and joys of remaking West Side Story