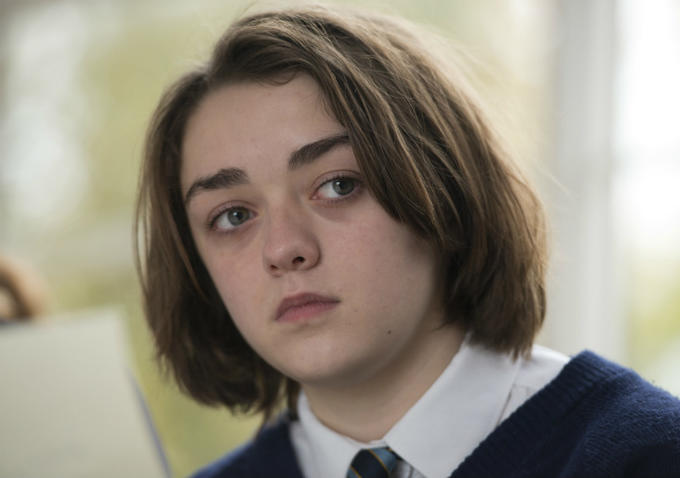 It has just announced that Maisie Williams is to guest star in the forthcoming season of Doctor Who. The internet’s twin spheres of Game of Thrones and Doctor Who fans are currently colliding in a joyous rampage of speculation and cheer.

Williams will soon be seen leading Carol Morely’s intriguing new film The Falling, as well as returning as fan-favourite Arya Stark in the fifth season of Game of Thrones which begins its ten episode airing on the 12th of March.

Here’s the announcement from the Beeb’s Doctor Who twitter.

The initial rumbling on the twittersphere intuited that she is being lined up as a potential new companion for Peter Capaldi’s doctor as Jenna Louise Coleman’s future in that position has been uncertain for some time. Williams has recently appeared in the one off drama Cyberbully and will further impress in The Falling when that film appears in UK cinemas on the 24th of April.

Carey Mulligan appeared in a famous episode of NuWho (as I believe fans refer to it) and it makes sense that Williams takes on an episode. More details are set to follow. Expect crossover fanfiction to find a new direction in no time at all.

Yesterday at the Empire awards we spoke to the Doctor himself, Peter Capaldi, and a previous companion, Karen Gillan. You can see those interviews below.