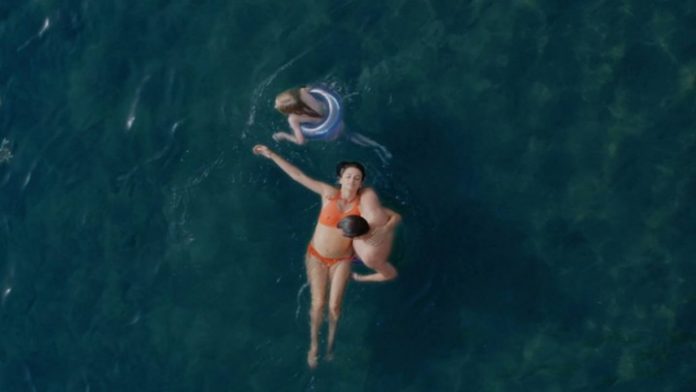 There is no denying the creative means in which Spanish auteur Julio Medem (Sex and Lucia) has presented his latest picture Ma Ma – however that does not instantly equate to a triumphant production. For while it’s easy to admire this particular piece of work for having such a resourceful, innovative approach to storytelling, needless to say, not all of the artistic choices pay off.

The film centres around Magda (Penelope Cruz), a recently separated, single mother of Dani (Teo Plannell), who aspires to be a professional footballer and play for his beloved Real Madrid. While supporting his dreams, she becomes sidetracked when diagnosed with breast cancer, informed by her doctor, and friend, Julian (Asier Etxeandia) that she is to have a mastectomy. Magda has a remarkably positive outlook on the situation, upset mainly as she fears for her son’s future without her. But then she meets football scout Arturo (Luis Tosar) who allays her fears, as the pair become intimately intwined, as he seeks solace and comfort after the untimely death of his wife and daughter, after a tragic car accident.

Ma Ma is littered with dark, comedic moments that derive from the harsh realities of the protagonist’s predicament, causing situations where you’re never quite sure if you’re in a position to laugh – such as when Magda very earnestly asks her doctor if she’s able to hold on to her nipple. Medem balances a surrealistic element but never steers too far away from the severity of the narrative, while he structures his tale in a distinctive way, skipping ahead very briefly on occasion, with snippets of the next scene flashed on to the screen during the present one (which is exactly one of the aforementioned artistic preferences that don’t quite work).

Cruz, meanwhile, is wonderful in the leading role, and while this film is flawed in parts, she remains a consistent positive throughout, just proving how accomplished a performer she is. She is so often better on home soil too, away from superfluous Hollywood cameos such as the one in Zoolander 2. She encapsulates that heightened take on reality you often associate with Spanish cinema; to be deliberately overstated and melodramatic, and yet remain grounded throughout, ensuring the viewer is empathetic and emotionally invested.

However her performance does feel lost in the somewhat cheap aesthetic, furthering the notion of this being a melodrama, with a harsh, bright lighting, like that of which you’d see in a soap opera. We deviate so carelessly from realism too, with even the extras feeling so deliberately placed and stilted. That being said, it does add a fantastical edge to proceedings and heightens the surrealism on show, which can work well against the very real themes of cancer and mortality, to make for a flawed, if indelible pice of cinema.

Fierce female cast star in trailer for ‘The 355’

Win Pain and Glory on Blu-ray