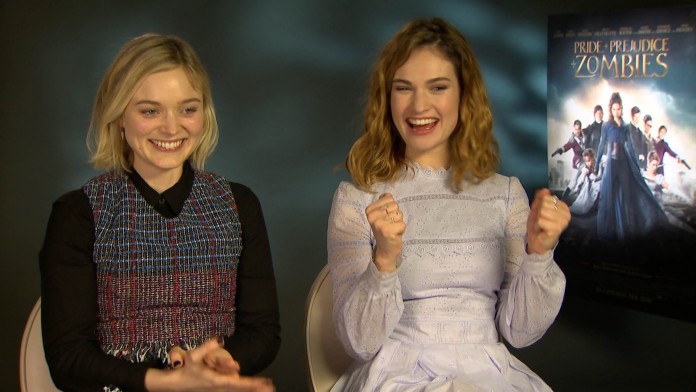 Adding zombies to the world created by Jane Austen is not something that should work, but it’s something that most certainly has. We caught up with the lead stars of the Burr Steers endeavour, Lily James and Bella Heathcote, to discuss the production.

The pair admit they were unsure at first, but tell us what gave them confidence this production would work – while James also tells us about the incident where she accidentally stood on an extra’s head. Meanwhile Heathcote speaks about her collaboration with Nicholas Winding Refn, in The Neon Demon.

Pride and Prejudice and Zombies is released on February 11th.