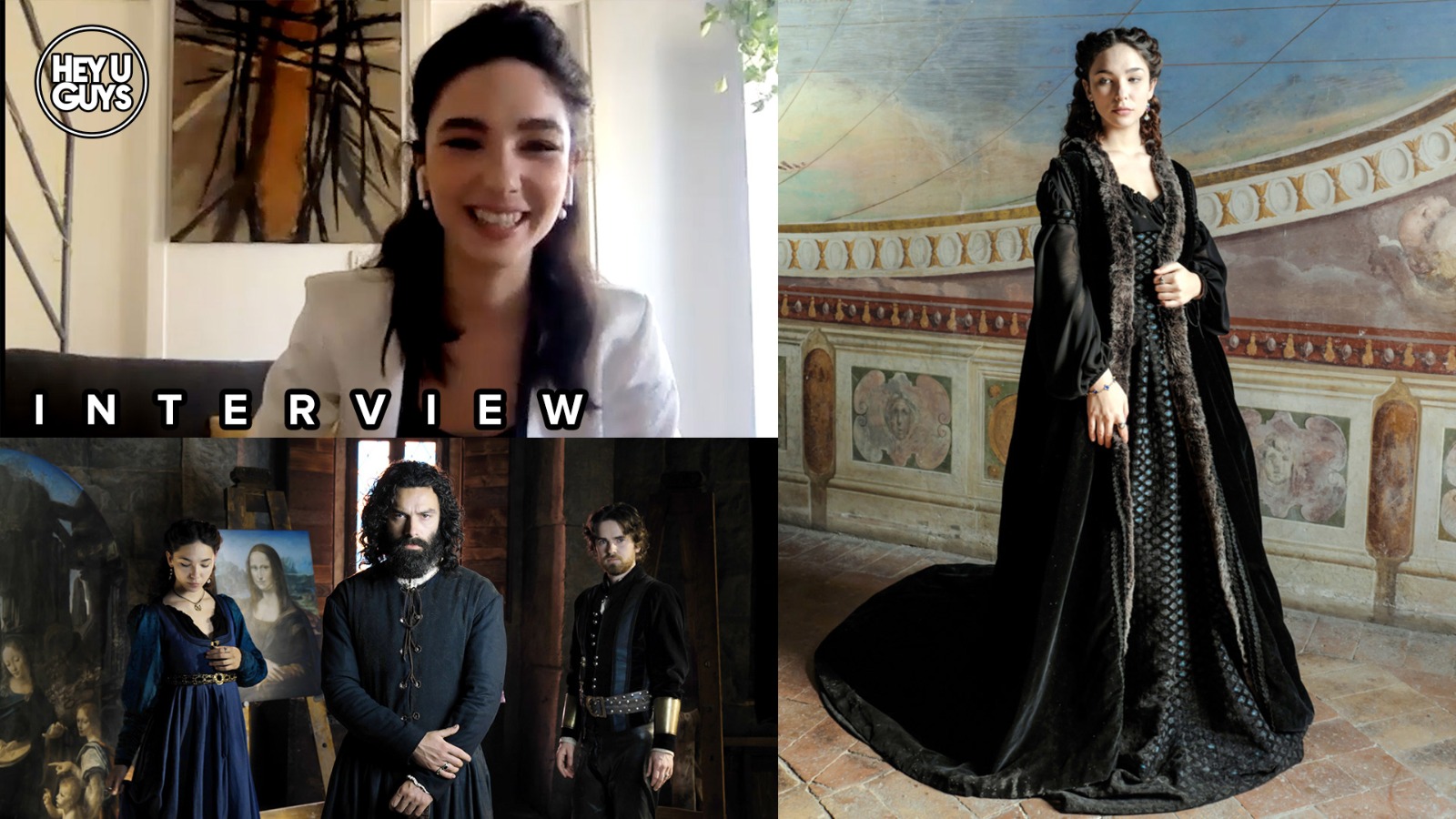 It was a few years ago we first met Matilda De Angelis, as she was presented as one of the winners of the European Shooting Stars, at the annual event held at the Berlinale. Needless to say, she’s fulfilling the potential the judges had hoped she would, with a starring role last year alongside Hugh Grant and Nicole Kidman, in drama series The Undoing. She’s now back in yet another big role, and another big series, this time collaborating with Aidan Turner in Amazon Prime Video’s Leonardo – a drama series about the Italian artist Da Vinci.

We had the pleasure of reconnecting with De Angelis to discuss her role, and the freedom that comes with playing a fictional creation, albeit in a very real, historical landscape. She also speaks about her own fascination with Leonardo Da Vinci, and we discuss the previous year, as she talks about the surprising success of The Undoing, and even looks back over her Shooting Stars experience, and on how much it has helped further her ever-growing career.

LEONARDO explores the life of one of the most restlessly brilliant men of all time, showing the drama behind his art, and exploring a tantalising mystery left unexplained by biographers – the nature of his relationship with the model Caterina da Cremona. Caterina’s apparent murder – and the disappearance of one of Da Vinci’s greatest creations – make for a mystery full of twists and turns that takes us through the key years of Leonardo’s artistic life, revealing the remarkable stories behind some of his most iconic masterpieces, including the Mona Lisa and The Last Supper.