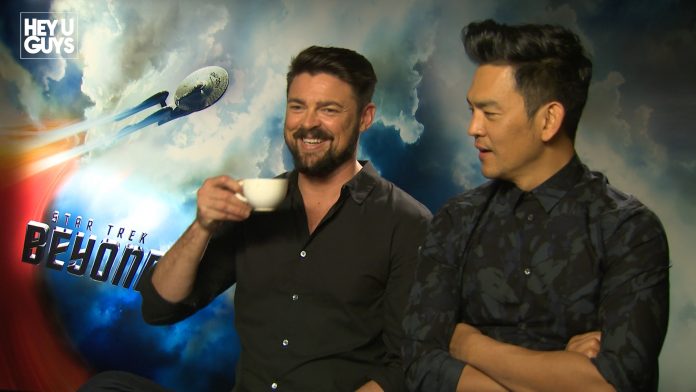 To mark the release of Star Trek Beyond we caught up with two members of the USS Enterprise crew, in Bones and Sulu – played by Karl Urban and John Cho, respectively.  You can watch the full interview below.

In the build up to the film’s release the sexuality of Sulu has been a talking point, since it transpires he’s gay. With George Takei – the actor who originally portrayed the role, voicing his discontent with the decision and forcing a statement to be released by writer and star Simon Pegg, we got the thoughts of John Cho, who plays Sulu, on the matter. You can watch that in the video below.

Another topic we wanted to discuss was with Urban, and was on his role in the forthcoming Thor: Ragnarok. With comedian Taika Waititi at the helm, we wanted to find out if the script is as funny as we hope it might be.

Star Trek Beyond is released on July 22nd. You can read our review here.