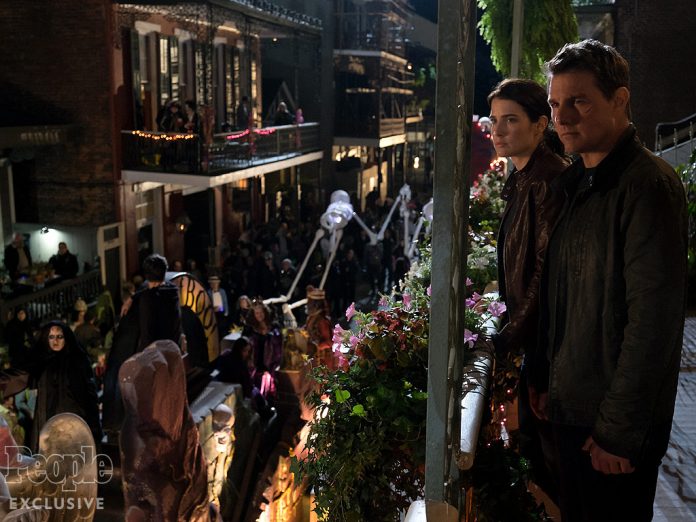 To call Jack Reacher: Never Go Back – the second instalment in the franchise built from the popular novels of Lee Child – a generic action thriller, would be something of an understatement. Yet this Edward Zwick endeavour has been executed with a certain affection for the genre that allows for any such conventionality to be somewhat endearing, making for unashamedly entertaining cinema.

Tom Cruise reprises his role as the eponymous ex-major, who finds himself engulfed in conflict with those who once employed him, when siding with the recently fired government worker Susan Turner (Cobie Smulders). Uncovering what they believe to be a conspiracy, and deep corruption from within, they become fugitives of the law, and they’re not alone either – having to shield teenager Samantha Dayton (Danika Yarosh), who the enemy believe to be Reacher’s estranged daughter, and therefore a target. Reacher, on the other hand, is not quite as convinced but finds takes on the role of protector nonetheless.

It’s this vital nugget of information – of Jack Reacher potentially having had a daughter years earlier and not known anything about it – which makes for a well-rounded, flawed creation. Though the character we invest in and admire most predominantly within this franchise, he is humanised from this distinct imperfection, detracting from the heroic status he garners. Also makes him a bit of a dick – but that’s a good thing in this instance.

This is emblematic of a film that thrives in its personal approach, not taking the usual route whereby the protagonists are tasked with saving the world – like in Ron Howard’s Inferno, for instance, which sees the lead role of Robert Langdon attempt to prevent a deadly virus from wiping out half of the entire world’s population. Instead this remains somewhat understated, narratively speaking, becoming more about the leading duo saving their jobs, and their reputation than anything else.

While Cruise unsurprisingly shines as Reacher, as an action hero audiences always have, and still will, believe in – he’s matched at every turn by the excellent Smoulders. She plays a strong female role and yet seems as though she would almost resent such a tag, because where the character is concerned, she’s just who she is; an independent person capable of looking after herself. If there is a third entry in the franchise, which, let’s face it, is rather likely – she’ll be equally as important to its success as the film’s very own titular character.