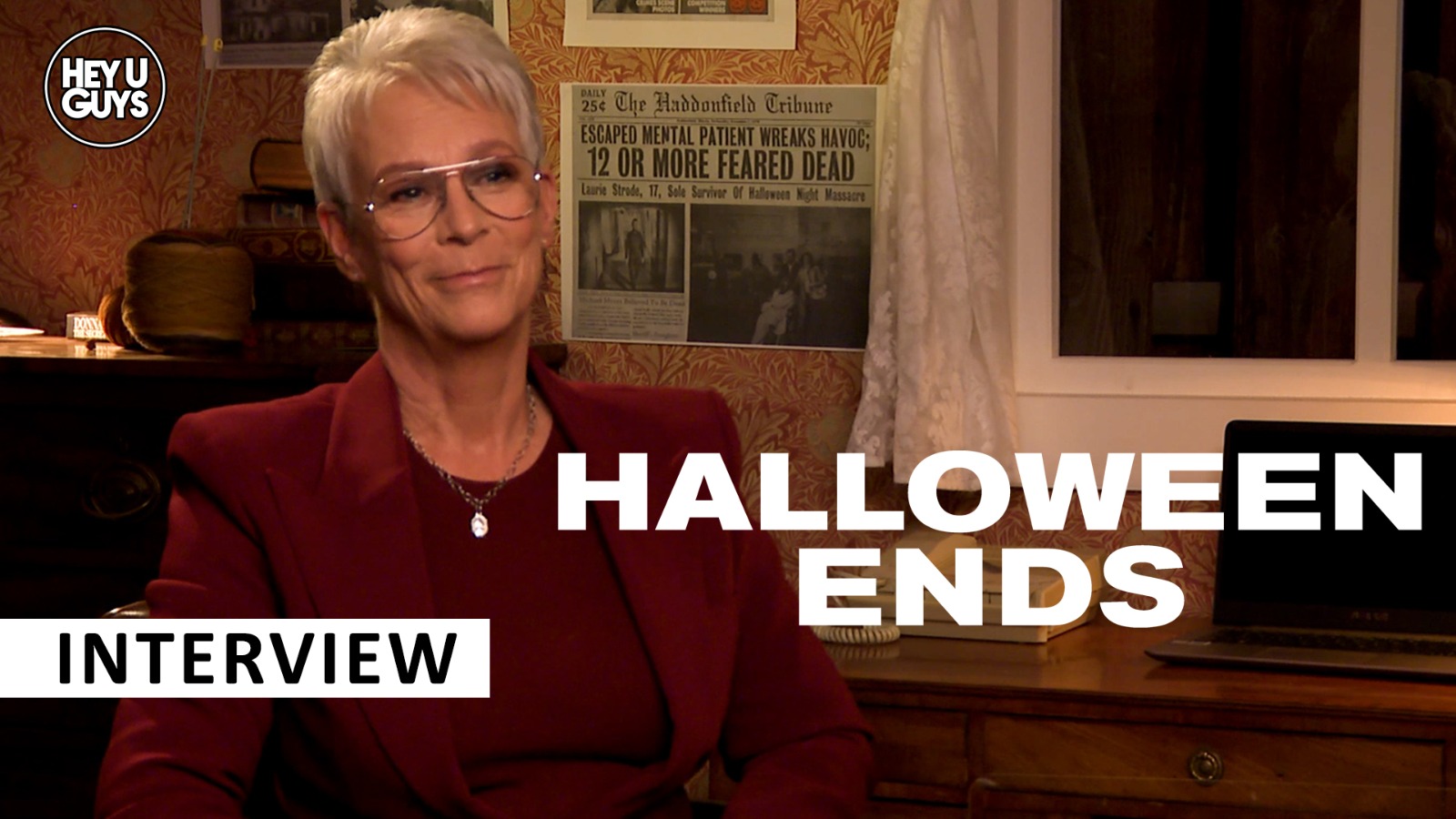 There aren’t many long-standing battles between two people across cinematic history as iconic as that between Laurie Strode and Michael Myers. But all great things must come to an end, and here the clue is in the title, as Halloween Ends is finally upon us. To mark this occasion, and to mark my birthday (just as important, obvs) we had the pleasure in sitting down with the star of the franchise Jamie Lee Curtis. You can watch the entire interview below, as we discuss nostalgia, saying goodbye to this character and world, facing up to one’s fears, and the indelible effect this long-standing film properly has had on its leading lady.

Four years after her last encounter with masked killer Michael Myers, Laurie Strode is living with her granddaughter and trying to finish her memoir. Myers hasn’t been seen since, and Laurie finally decides to liberate herself from rage and fear and embrace life. However, when a young man stands accused of murdering a boy that he was babysitting, it ignites a cascade of violence and terror that forces Laurie to confront the evil she can’t control.