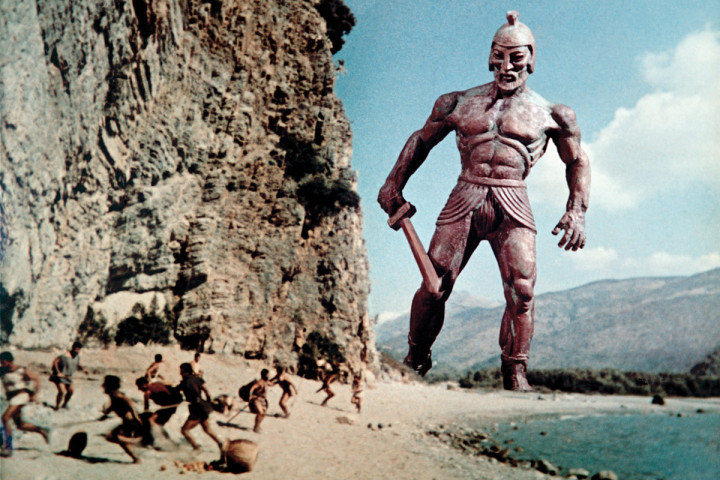 Visual trickery and composition in cinema is as old as the format itself; fundamentally the art of the moving image is indeed a practical effect as early audiences watched a string of stills smartly strung together in order to present the notion of flowing, living movement. Fast forward over a hundred years and special and visual effects are amongst the most prominent and essential assets in Hollywood’s arsenal.

Frequently viewers are immersed in green-screen worlds which are alive with colour, clarity and awe-inspiring details, yet they lack the robust rigor of authentic sets, props and quite often psychical actors.

One format however which beautifully marries artistry, performance and fully formed accessories is practical effects production – we’ve seen it in countless titles and, when used well, it offers something truly unique.

So in celebration of the medium, here are our top ten picks of the greatest cinematic uses of practical effects.

Some of the later effects are pretty nasty, so consider this a NSFW article.

It seems only fitting to start such a list with the foundations of practical effects; the benchmark and building blocks for a format which has revolutionised filmmaking. Georges Méliès is and will always be cinema’s greatest magician – he had unfathomable vision during an era where visual imagination was basically non-existent.

Le Voyage dans la Lune features one of the most recognisable images for any film buff; the sight of the moon with a rocket ship firmly lodged in it’s eye. The entire production was built and captured in a greenhouse sound stage to allow as much natural light to bathe the film, plus all the costumes and set structures where hand-built, painted and sewed inside the building.

The infamous moon landing is one of the earliest examples of stop-motion filmmaking; a format which would be soon heralded as one of cinema’s truest art-forms. The film even ends with a crash-landing into water – how on earth could Méliès capture an underwater sequence in a world where cinema cameras and digital rendering haven’t even been imagined yet?

It’s just one of the many beguiling brilliances of this masterpiece. Audiences should be truly thankful for Le Voyage dans la Lune; without it, we may have never had cinema the way we all know and love today.

Next up – A slice of Surrealism.