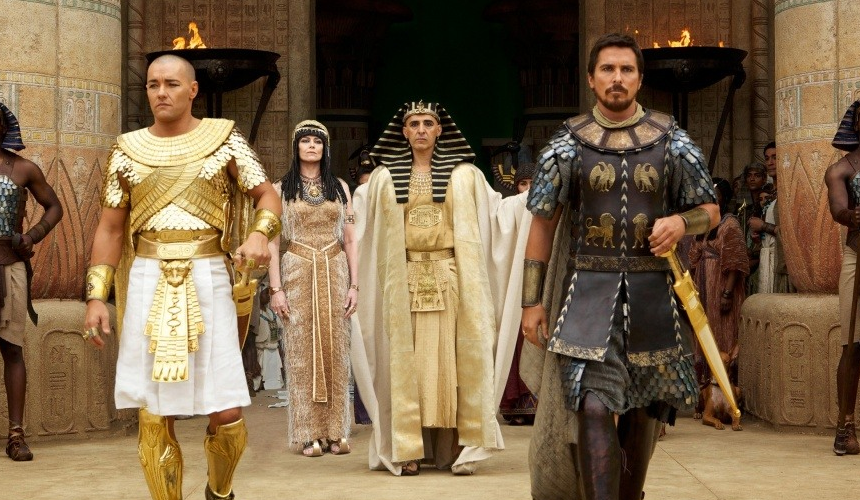 Sir Ridley Scott is not one for understatement of late. Returning to smash the living mythology out of the Alien series with Prometheus, he is going back in time to cast his cinematic eye over the savage kingdom of Pharaoh Ramsses and the man, the legend, (the) Moses.

The director has pulled together a grand cast for his swords and sandals epic, with Christian Bale and Joel Edgerton supported by John Turturro, Sigourney Weaver, Aaron Paul, and Ben Kingsley.

It’s not surprise that Scott is going all out visually for this film, and this new trailer (the final trailer no less) opens up that world a little more.

Bow down for a synopsis,

From acclaimed director Ridley Scott (Gladiator, Prometheus) comes the epic
adventure “Exodus: Gods and Kings,” the story of one man’s daring courage
to take on the might of an empire.

Using state of the art visual effects
and 3D immersion, Scott brings new life to the story of the defiant leader
Moses (Christian Bale) as he rises up against the Egyptian Pharaoh Ramses
(Joel Edgerton), setting 400,000 slaves on a monumental journey of escape
from Egypt and its terrifying cycle of deadly plagues.