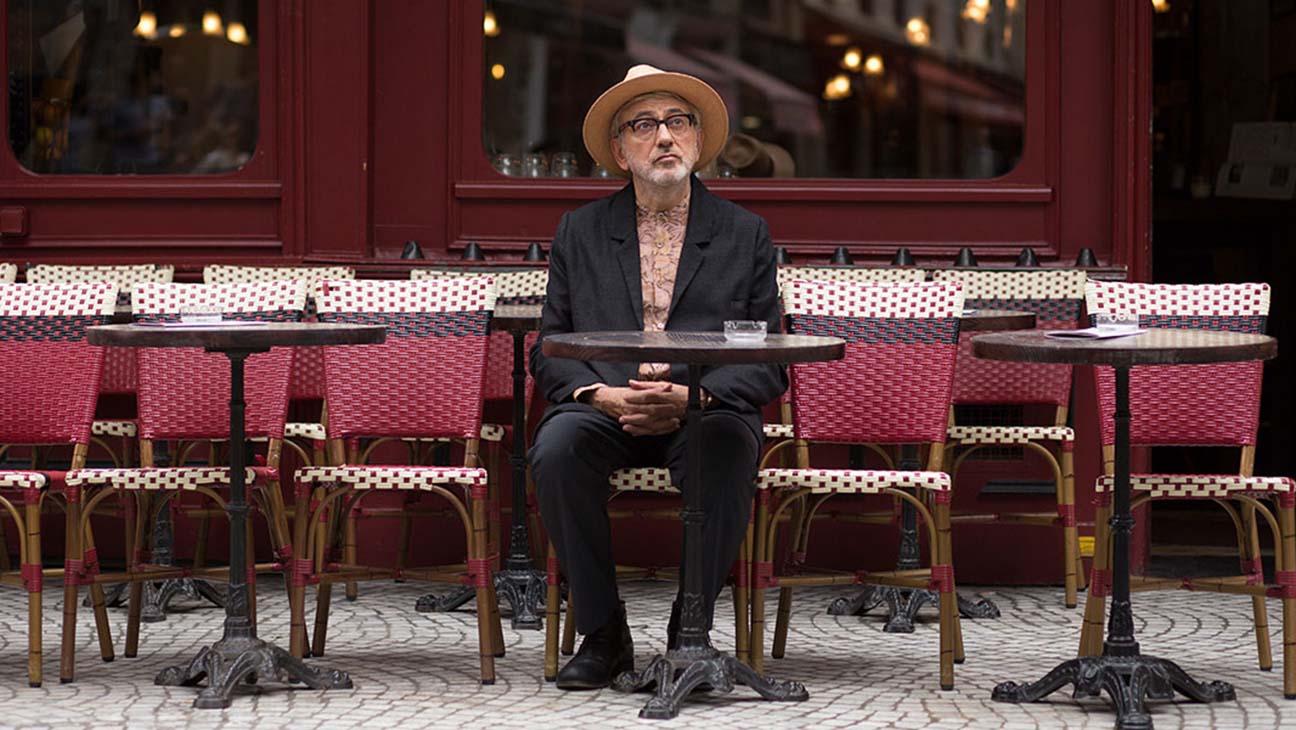 It Must be Heaven played at the London Film Festival back in 2019, and while showing, we had the pleasure of speaking to its director Elia Suleiman. The film, which takes a sardonic, satirical view on the world, and displays, through sharp and subtle comedy, that no matter where you live, no matter who you are, deep down we’re really just the same. He discusses this themes with us as we sat over a coffee, and also tells us what it is like being a Palestinian filmmaker, and how so many misjudge and underestimate his work given his nationality, and struggle to understand that comedically inclined films can come from anywhere.

Hi Elia, I really enjoyed the film. Where did this idea first come from?
This answer will take up our entire twelve minutes. It’s actually coming from the same position as you saying you enjoyed the film. The fact is, if you connected to that film it means we are both sharing something about the world. This film is about what I have been feeling for a long time, which is following my personal journey, living in different places in the globe, and how the globe becomes one big Palestine, it’s no longer about conflict, it becomes globalised violence. So following my personal journey I composed this film from a synchronisation between what I wanted to say having sponged ambiances in different parts of the world, with the personal notes I have tried to depict in the film. It’s about me having left to live elsewhere and having found elsewhere to be exactly the same place as I left. Paris, where I live still, and all that happened there, is just another traumatic experience of violence taking place in the same way you experience it elsewhere.

It’s about the possibility that we can, maybe by having the pleasure of looking at images, have a consolation about this very alienation that each one of us is feeling these days, of the regressive state of the globe, basically, in all its facets, political or ecological. It’s bizarre that we still do not stop things from continuing, we’re living almost in post-apocalypse at the moment, there’s a certain passivity about us seeing what’s happening and letting those on top screw us in any way possible. But again, you don’t strategise, you don’t make a film because you want to make a political pamphlet, you simply compose images because you think if you make them beautiful enough people are going to take pleasure from watching them. The essence of making a film, for me, is composition and pigmentation of an image, and the essence is how I can take pleasure from this image and how I would have the hope that everybody else will too. That’s where it starts, and then by de facto, by consequence, if there are questions to be raised, well that will be good too. But you don’t make the film because you want to tell the audience anything. At best, for my films, my hope is that the pleasure will, by consequence, lead to positivity outside of the context of the film. Whether it’s an individual or two, making their life better because they were happy during my one hour and a half film.

I did feel like that. And it seems that was the case for many as there was lots of laughter in the screening. Is there an added pressure, making an overtly funny film, where you can judge its success on the audible reaction of the audience? How has that been watching it in a room full of people?
Well, if you ask about myself personally I would tell you that I have never made a drama. All my films have burlesque elements, including this one. They have sometimes a sense of melancholy, but for me all my films are filled with this burlesque element, and I don’t know how to do otherwise. I am a very serious guy who makes funny films. Okay, maybe I am not that serious [laughs]. Some of my melancholy is evident in the images, but this is the way I perceive the world. I see the trouble, I see the despair, but I cannot help turning it into a burlesque. Turning despair into humour is evident because that is the way we produce a sense of hope for us to continue. I am certainly not the first or the last to do that. Even in the worst moments of history, in the ghettos of the Second World War, there was a lot fo Jewish humour, for example, produced in the Ghetto. For people who were basically almost conscious of their finality, and yet produced some of the greatest humour in history. I am not in a concentration camp. But I am living in a troubled world, and I cannot help but say that if you have that sense of humour, I think it’s only fair that you share it with something else, because you can’t just laugh at your own jokes. So for me, it’s completely evident and completely natural that I would only compose my films from funny stuff, and it’s great when I watch with the audience and I see them happy, it gives me so much pleasure.

There’s a scene when you meet a producer in the film, and they only want a film from you that isn’t full of hope, instead a film that is about Palestinian troubles. Is that something you’ve encountered in real life? And is it frustrating that you come from a country with great creative, funny people, and people who do have hope, and yet from the outside people only want to hear stories of despair?
Yes. In the beginning of my career, my first film, was rejected by so many people because they were not accustomed to seeing humour. There was a preconception that Palestinians don’t laugh, they are just a bunch of self-victimising, oppressed, tortured people. Of course that is a stereotype and a racist one, but it’s inconsistent with the post-colonial discourse, but now nobody tells me that. It started early on, and the Palestinians themselves are the real cheerleaders of my kind of films, because they also are repulsed by these pre-conceptions because they live with hope and they live with pleasure, even under the huge walls that are built around them, so they are really enchanted when they see a film that tells of their hope for life and their love of life. The racism did not cease, the post-colonial discourse did not cease. It shifted position in order to restructure itself. Things don’t vanish in a decade. Maybe in a century or two, or three. There is still a patronising way people look at Palestine. Some people would not go and see a film of mine because it is Palestinian, and they assume they will see brutality and violence, so they don’t go.

I remember, once I made a film, it was a four minute film for the 60th anniversary of Cannes. 33 filmmakers each did four minutes, and I did a very gaggy, burlesque styled, over the top film, and I can tell you because there were two thousand people in Cannes, and 90% did not know who I was, and out of the four minutes they started to know my name. These people would never have gone to see my films, but my last three were in competition. But these people would never have gone to see my film. So only because of those four minutes, sandwiched with all of the Polanskis and people like that, it’s only because of that they saw it, and laughed at my film, and they said it was their favourite – but they’d never heard of my name before.

It Must Be Heaven is out now.