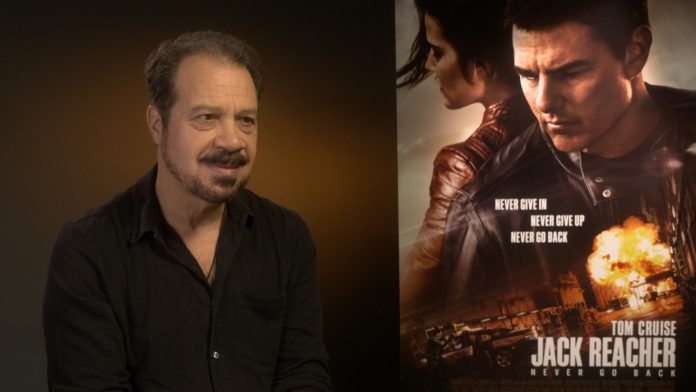 Edward Zwick enters in to the Jack Reacher franchise with Never Go Back, collaborating with Tom Cruise (again) to bring Lee Childs’ immensely popular creation to the big screen.

We sat down with Zwick to ask him about the challenges in entering in to a pre-established franchise, and the joy in directing Cruise. He also speaks about a future project, entitled The American Can, with Will Smith, that he’s struggling to get off the ground, blaming an industry unwilling to take any risks and fund this particular endeavour.

Jack Reacher: Never Go Back is released on October 21st and you can read our review here.