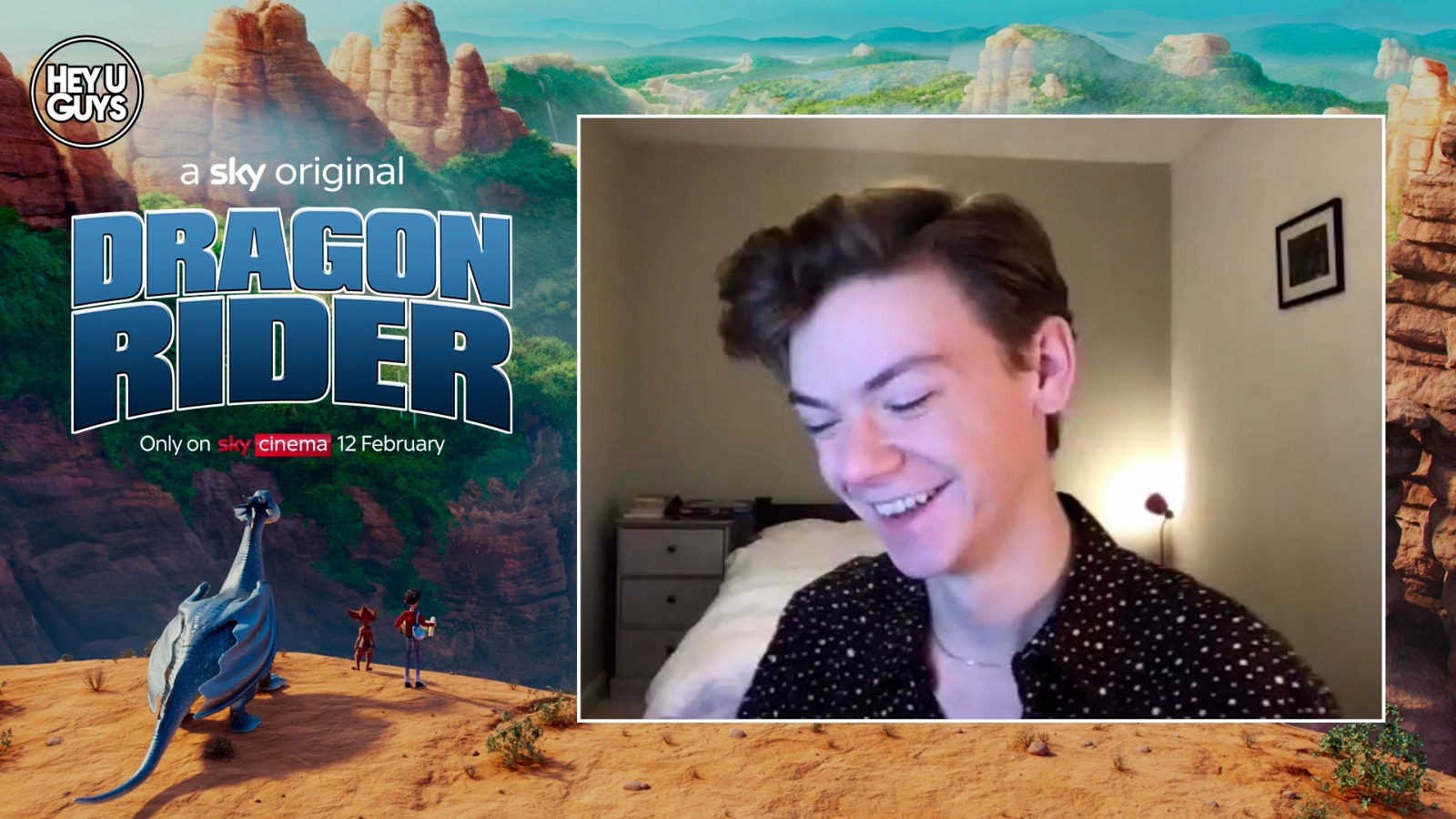 Last time we interviewed Thomas Brodie-Sangster, it was for the impending release of Netflix series The Queen’s Gambit, when neither us, nor the actor, had any idea what sort of response the show would generate. Now, a few months, we had the pleasure of speaking to the man again, while promoting new animation Dragon Rider, as we look back over the incredible success of the series.

But first things first, Brodie-Sangster is chatting about Dragon Rider, an animation coming to Sky Cinema this weekend, where he plays the lead role. He discusses with us this perennial fascination with dragons and the mythology that surrounds them, and on the experience making this production, and whether he had the chance to spend any time with co-stars Felicity Jones and Patrick Stewart. Then finally we end of The Queen’s Gambit, as he admits that despite his pride for the show, he hadn’t anticipated becoming such a major hit. Naturally, we then asked if it may return one day…

A dragon, an orphaned boy, and a mountain spirit work together as they trek through the Himalayas in search for the Rim of Heaven.

Dragon Rider is released on Sky Cinema on the 12th February