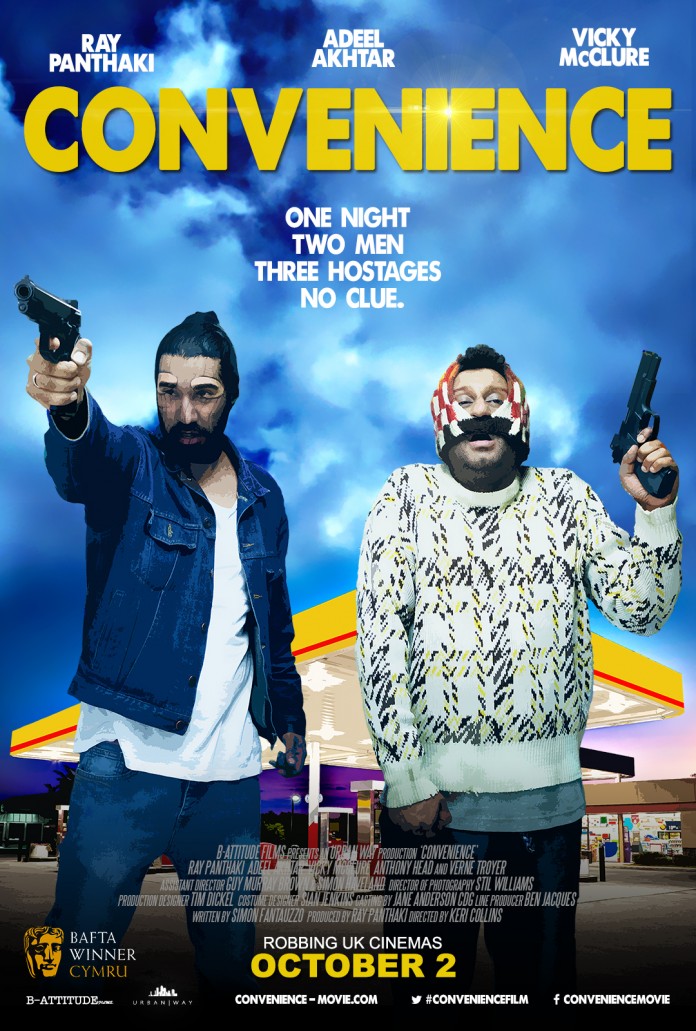 AJAY and SHAAN, two hapless friends who need to find money to pay a debt inadvertently owed to some Russian strip club owners. Unfortunately after taking the staff hostage, they realise the safe won’t open until 6am. Desperate and with their lives on the line, they decide they must work there all night to avoid anyone raising the alarm before they get their money. However, as they struggle to deal with the feisty Levi, the police, a suicidal businessman, a dwarf cowboy, and a variety of odd characters that frequent the store through the night; the friends’ plot begins to unravel and they are faced with either being arrested by the authorities or killed by the Russians.