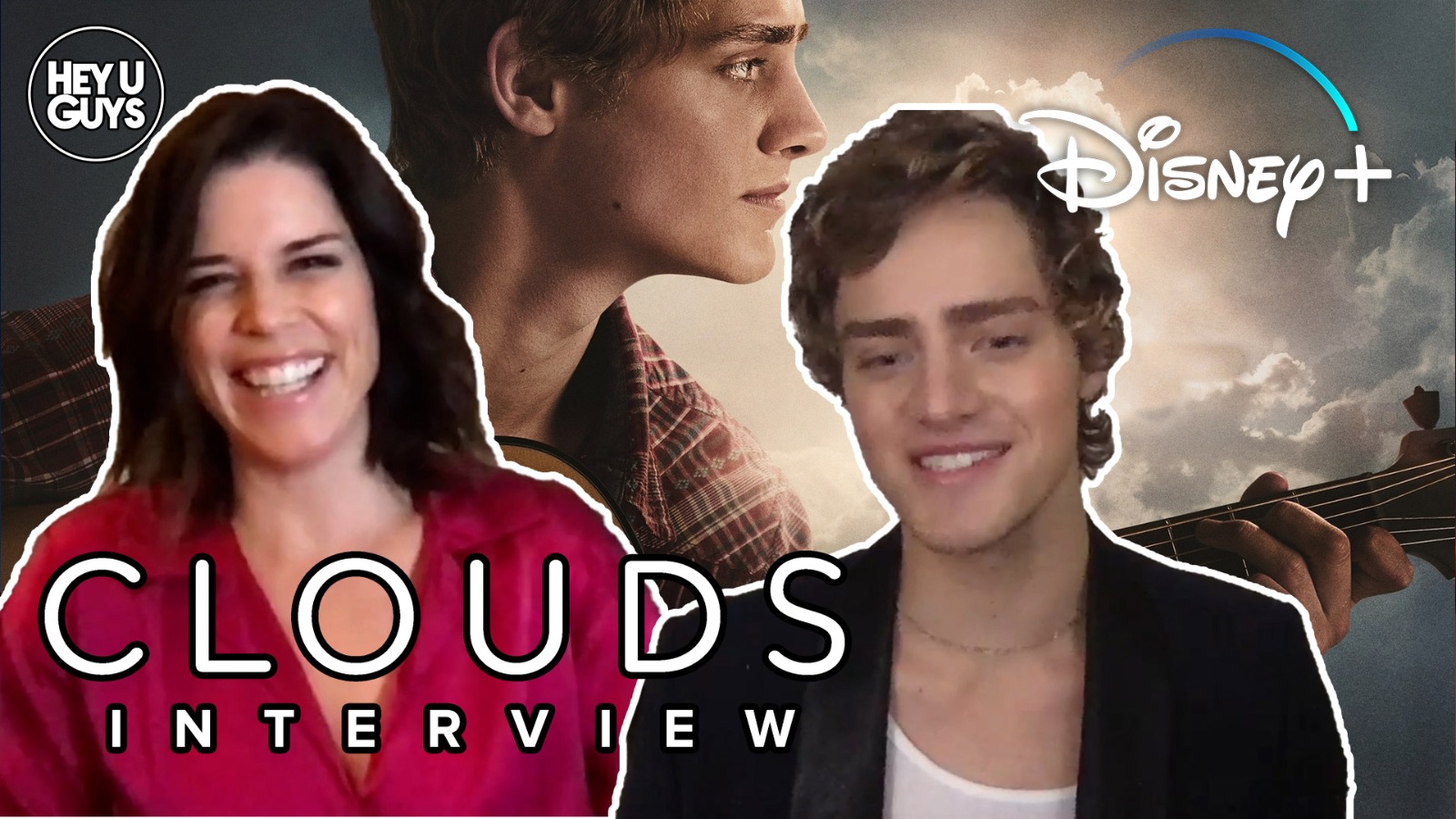 Clouds launches on Disney+ this weekend and tells the true of story of Zach Sobiech, a terminally ill teenager who went viral with his music career just before he passed away. To mark the film’s release we spoke to the actor playing Zach, Fin Argus – and his on-screen mother, Neve Campbell.

We ask the duo if they get emotionally caught up in the film in the same way an audience member does, and whether the character of Zach, and his positive outlook on life was a real inspiration to them while they shooting. Campbell goes on to admit she did need to have a disconnect between herself and the role of Zach’s mother, given she’s a mother to sons herself – and Argus talks about meeting those who knew the young man, and how that helped shape his performance. Finally, just before saying goodbye – we asked for a brief update on Scream 5, and whether Campbell is looking forward to step back into the shoes on Sidney.

Watch the full interview with Argus and Campbell here:

Seventeen-year-old Zach Sobiech is a fun-loving high school senior with raw musical talent. But a few weeks into his senior year, just after asking out his long-time crush, Zach’s world gets turned upside down when he finds out his cancer has spread, leaving him with a life expectancy of just six months. With the limited time he has left, he and his best friend and writing partner, Sammy, decide to follow their dreams and finally make an album. Little do they know, they’ll soon become a viral music phenomenon.