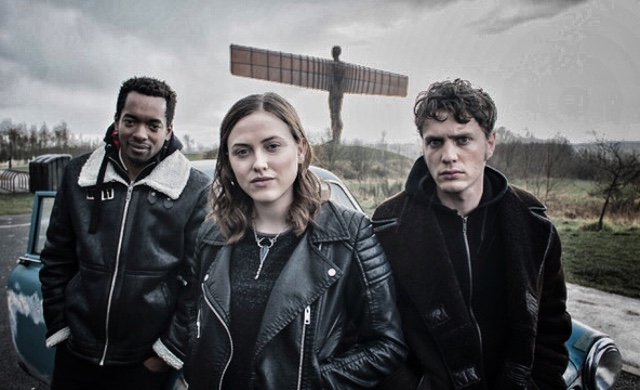 We’re always delighted to be among the first to share details of new British films with you, and today we’ve got an exclusive first look at Jeremy Wooding’s Burning Men.

The director of Blood Moon is back with a uniquely British Rock’n’Roll Road movie starring Ed Hayter, Aki Omoshaybi and Elinor Crawley. The trailer sets it up as a deep dive into the dark underbelly of ancient English folklore, using a mysterious and rare record as their map. It oozes atmosphere, throws some very unsettling images at you – and the soundtrack sounds fantastic.

Here’s the first look trailer, followed by a load of photos from the film and details on how to stay up to date with the film, which is due out on the 1st of March.

Burning Men is out in select UK cinemas from 1st March. For more information, please go to www.burningmenthemovie.com

Keep up with the film on the socials here:

When young musicians Ray (Ed Hayter) and Don (Aki Omoshaybi) are evicted from their South London squat, they decide to sell their precious vinyl collection and fly to Memphis in search of their destiny. Frustrated by the shortfall in funds, they steal an ‘uber-rare’ Black Metal record at a Camden record fair and head out of town to sell it. As they drive north in their beaten-up Volvo Amazon, picking up hitchhiker Susie (Elinor Crawley) en route, they find themselves stalked by dark forces apparently unleashed by the ‘devil disc’ they have stolen.