After a random Google search for any and all things related to The Goonies back in 2008, I found myself stumbling upon HeyUGuys. I was absolutely chuffed by the fact that one of my all-time favourite movie quotes was somehow connected to one of the best movie blogging sites I’d ever come across online! Talk about finding rich stuff… and for real too! My inner movie geek was in seventh heaven! I befriended co-founders Dave and Jon and loved keeping track of HUG’s journey… it was so great to see the site blossom and grow and get to know the lads a bit too.

Upon my return from Japan in December 2009, I decided that I really wanted to get on board Team HUG. My passion for film drew me here and I wanted to see if I could offer any of my own movie musings, so I officially came aboard in January 2010. Sinking my teeth straight into a couple of my own must-see movie recommendations, and freshly inspired by my Japanese adventure, I decided it was high-time that two of my favourite films got some recognition in cyberspace. My Neighbour Totoro and  Kikujiro were my very first movies I reviewed here and they paved the way for me to cover and attend press screenings for the site too! So much fun!!! Attending events was another incredibly exciting draw and a rewarding experience for me too. I went to the grand opening of Vue Westfield which was an electric evening. The lovely and talented actress Anna Friel officially opened this brand, spanking new cinema complex in one of the most extravagant shopping centres I’d ever been to. I even saw legendary Film Critic Barry Norman being interviewed there that night. Unbelievable! 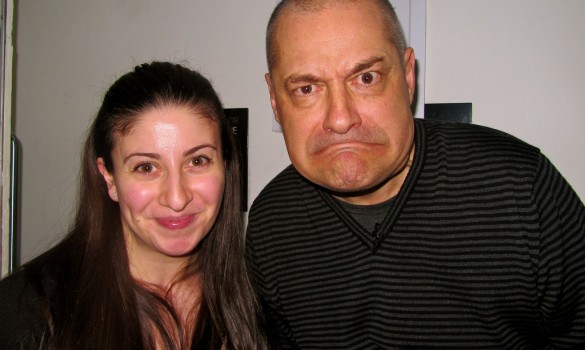 I also got to attend two Alfred Dunhill Bafta Life in Pictures events this year. First up was an evening with acclaimed French director Jean-Pierre Jeunet. I couldn’t believe I was sitting right in front of the man who brought Amelie to life on the big screen. Never in a million years did I think I’d ever be in his presence let alone get to meet him at the end of the evening!! He really was such an interesting, lovely and funny man.

Up next was the luscious and fabulously talented, Oscar nominated British actor Colin Firth. Once again, I could not believe my luck that I had the best view of one of Britain’s finest and most gorgeous actors! A really unforgettable evening and one I have to still keep apologising for to all my female friends I could not bring along with me.

By now I’d had a taste of covering events and writing reviews for the site, so I decided to give interviewing a whirl. I looked up one of my favourite 80s actors, Keith Coogan and arranged this interview with him. In a sad turn of events in March, 80s legend Corey Haim passed away, and as I’d recently spoken to Keith, we decided it’d be fitting to dedicate some time to discussing the popularity of nostalgia in Hollywood. We invited Keith to participate in one of our Mouth Off Podcasts. We discussed the concept of  nostalgia and the death of 80s icon Corey Haim. Getting to actually speak to Keith, with Jon and Brendon, was an absolute joy but given the circumstances of how our Podcast came about, it was a bittersweet experience too. In any event, it was absolutely nerve-racking actually doing a Podcast but the guys made it such a fun time, most of my nerves disappeared once we got into the groove of things and laughed and talked fondly about which John Hughes film was our favourite… good times.

The penultimate experience for me at HeyUGuys this year has to be getting to cover the 25th anniversary of The Goonies for HeyUGuys. Travelling to Astoria, Oregon… home of the Goon Docks really was a trip of a lifetime. 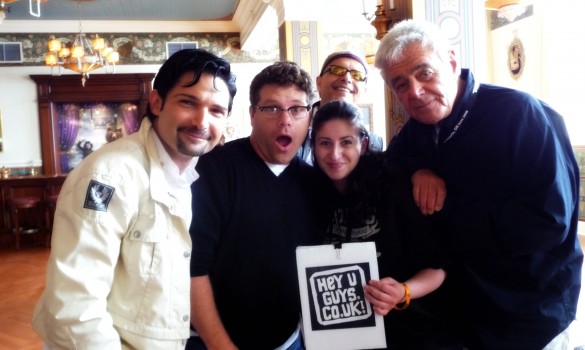 I was able interview stars of the film Sean Astin, Corey Feldman and Joe Pantoliano, as well as legendary Hollywood Director Richard Donner. It’s definitely one for the books and will forever be a defining moment for me, meeting and interviewing my childhood idols. Richard Donner, in particular, really was a true gentleman and just oozed old-school Hollywood cool. 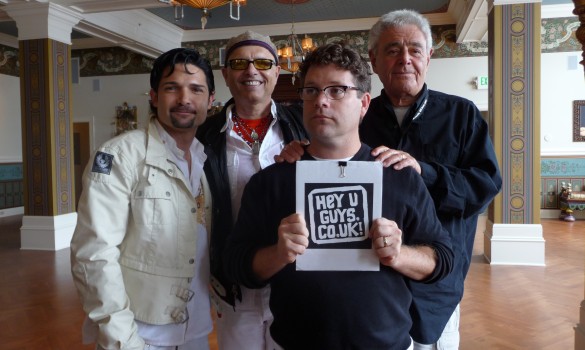 When I told him about the history of HeyUGuys, he was thrilled to hear how a movie he’d worked on, helped inspire an award-winning site all the way from the London. Can’t believe I got to have my picture taken with the guys post-interview. It still seems very surreal but am eternally grateful to HUG for helping me fulfill one of my all-time childhood dreams.

I’ve had a phenomenal and inspiring year aboard Team HUG and cannot thank the guys enough for welcoming me into the fold. The experience , however, would not have been anywhere near as rewarding or as ful-filling had it not been for all the boys and girls on the team. I’ve been so lucky to meet and talk with amazing cast and crew and friends of the site this year. If I think about it too long it doesn’t seem real, but the best and richest experience of all has been meeting my fellow HUGger. I couldn’t have asked to meet a nicer bunch of movie loving geeks than this lot and going to HUG quizzes and hittin’ the pub for some downtime with these guys has just been the cherry on the top.

We’re not all based in the UK and therefore have not all met….. yet, but I know when that day comes it’ll be absolutely amazing. I just can’t imagine this past year without them and I know the site is the success it is because of them. Thanks to THESE guys for an incredible year, to the fans and readers here and on our Facebook page who’ve been answering our questions everyday and to everyone who has contributed to the site one way or another.

Cheers to an even bigger and better 2011!

Some of the HeyUGuys team leaders at the first HUG Quiz night!!