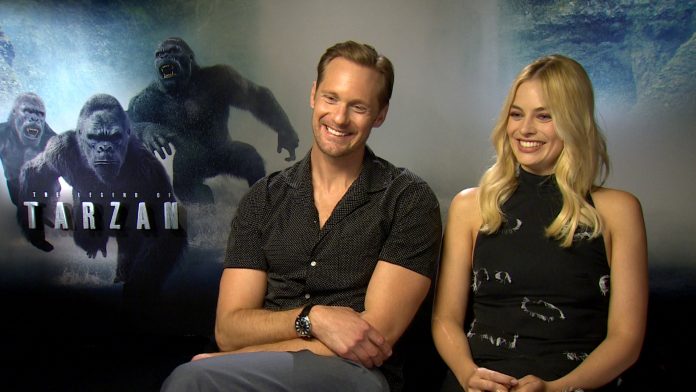 If you were raised, away from civilisation and deep in the jungle – only to then resurface in society – what would you be most amazed by? That’s the question we posed to Alexander Skarsgard and Margot Robbie, who play the renowned literary characters of Tarzan and Jane, respectively, in David Yates’ The Legend of Tarzan. Their answers, particularly the formers, is rather surprising.

The pair also discuss the challenges on acting in a film that’s so CGI heavy, while we also asked Robbie her thoughts on the forthcoming release on Suicide Squad, and what fans can expect from this exciting endeavour, as she takes on the role of Harley Quinn.

The Legend of Tarzan is released on July 6th. Check back on HeyUGuys throughout the week to see our interviews with fellow cast-members and filmmakers.