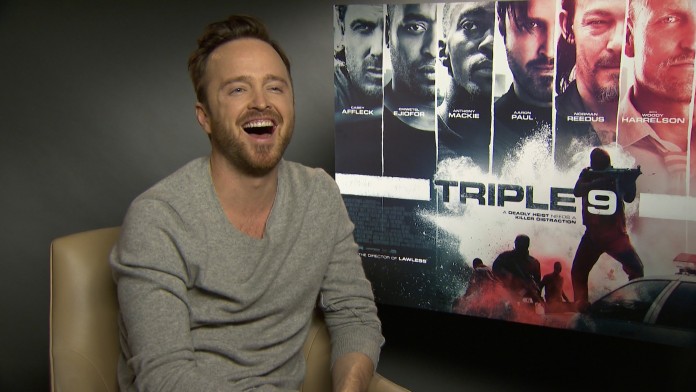 For actors who have made their name on the smaller screen, such as Aaron Paul, there’s always a slight degree of scrutiny placed on their big screen endeavours – but safe to say, that for the Breaking Bad star, he’s making all the right choices – taking on a starring role in John Hillcoat’s Triple 9.

We caught up with the actor in London to discuss the project, its intensity, and why working with Kevin Hart and Dwayne Johnson in Central Intelligence was a nice relief for the actor.

“Every night, I dream the same dream’ new trailer drops for ‘Doctor Strange in the Multiverse of Madness’