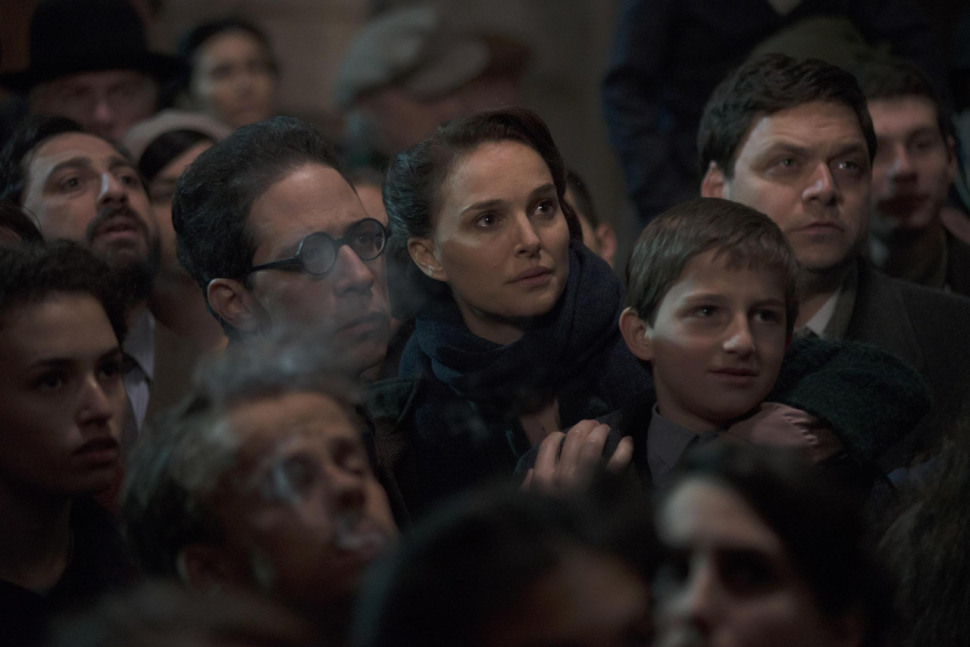 Natalie Portman was born in Jerusalem, and she has returned to the city of her birth to make her debut feature, A Tale of Love and Darkness. Based on Amos Oz’s memoir, Portman has also written the screenplay and performs in Hebrew, proving once more that she is not just a pretty face.

The memoir recounts Oz’s childhood in Jerusalem during the turbulent years (are there any other kind for this part of the world?) of the foundation of the state of Israel, but it also deals with his mother Fania’s past and her life in the old world before heading for Israel. Portman relies on her cinematographer to create different colour tones for the different periods and places: 1940s Jerusalem is not so much sepia-toned as all greens and greys, like an aquarium that needs a new filter.

This is no tourist film for we never view any of the city’s splendour. Fania in particular is gradually bleached of colour, her pallor a portent of the life draining out of her. There are also some nice details, such as the British letterbox, Israel being under a British mandate before its independence. Fania’s childhood is viewed in soft focus with bright whites against the darkness. We learn of Fania’s charmed European existence, with chandeliers and gentile servants, before the horrors of the Holocaust that eradicated almost everyone she knew.

The memoir is interesting for its account of a woman who has survived so much to be beaten by the sheer banalities of everyday life, her marriage and financial struggles as well as motherhood. Portman is good at portraying this kind of fragility and seems to have no problems with performing in a second language.

Fania fantasises about a handsome Israeli soldier who represents all her hopes for the new homeland. Instead, her reality is very different. Oz’s father is played by Gilad Kahana, his crumpled face perfect at expressing his weariness at dealing with the circumstances of his wife’s deterioration and his own failings as a writer. Amir Tessler puts in a fine performance as the young Amos, a boy who understands that his mother is ill when she stops telling him stories.

Portman deals with the delicate subject of Israel and Palestine well, Oz stating that they are like the sons of an abusive father who, rather than seeking each other out, see their father in each other. The abusive father is Europe, which so brutally colonised the Middle East and even more brutally almost extinguished its Jews. Though a little too slow and heavy on the use of different palettes, this is a noble film and a fine first feature for Natalie Portman.