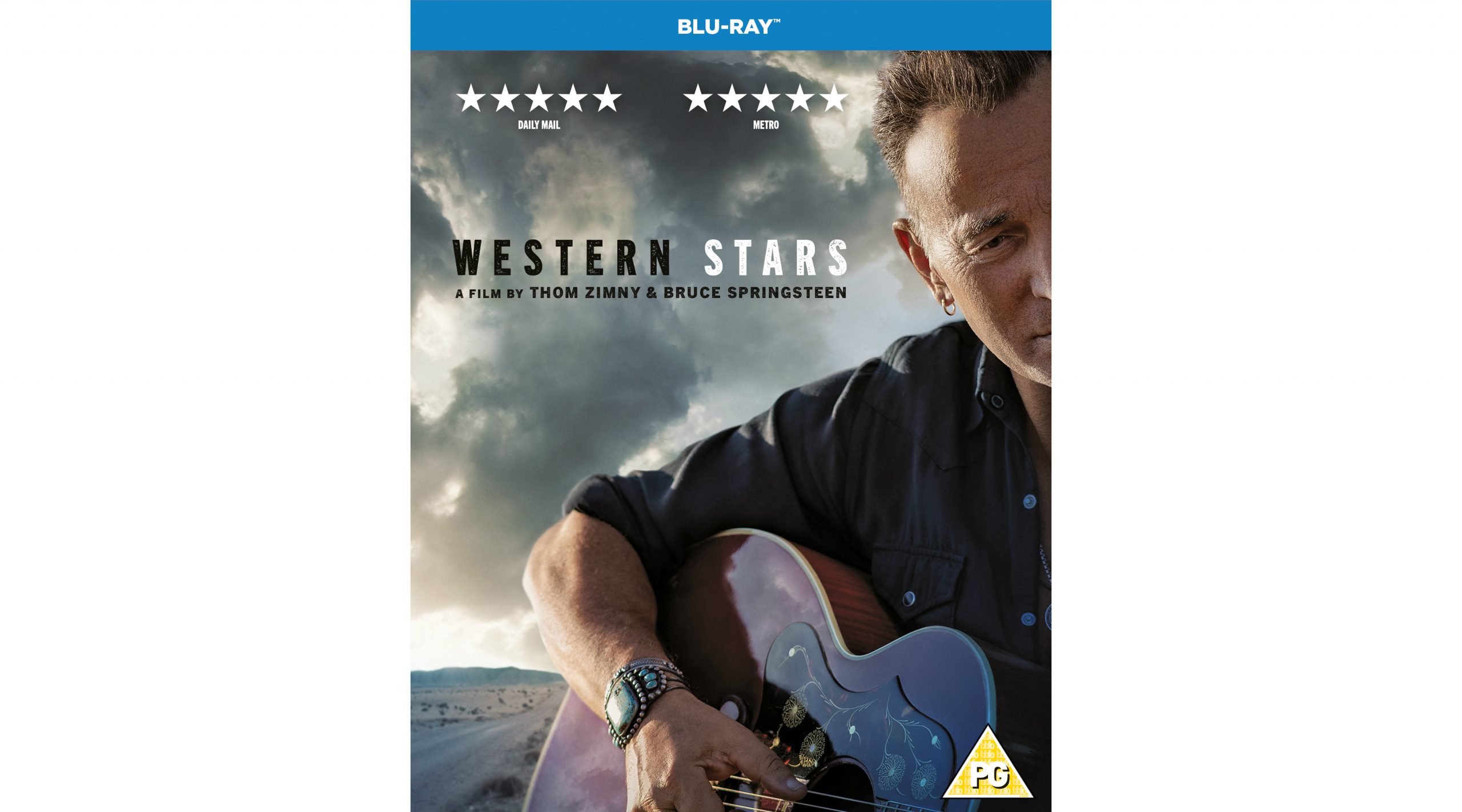 Experience the concert of a lifetime, WESTERN STARS is out now on Blu-ray™ DVD and Digital Download. A cinematic film version of Bruce Springsteen’s latest globally successful album of the same name, WESTERN STARS was directed by Springsteen and his long-time collaborator Thom Zimny, marking Springsteen’s directorial debut. To celebrate the release, we are giving three lucky winners the chance to get their hands on a Blu-ray™.

Springsteen’s first studio album in five years, Western Stars marks a departure for the legendary singer/songwriter while still drawing on his roots. Touching on themes of love and loss, loneliness and family and the inexorable passage of time, the documentary film evokes the American West—both the mythic and the hardscrabble—weaving archival footage and Springsteen’s personal narration with song to tell the story.

Western Stars which is Springsteen’s 19th studio album, has achieved worldwide success and earned rave reviews. It has been #1 on the iTunes charts on every continent, including such countries as the U.S., the UK, Belgium, Germany, Spain, Italy, the Netherlands, Australia, India, South Africa, and all of Scandinavia, among other countries.

WESTERN STARS is written and performed by Bruce Springsteen, with special guest Patti Scialfa. Thom Zimny, Jon Landau, Barbara Carr and George Travis produced the film, with Springsteen executive producing. The original score is by Springsteen. Joe DeSalvo served as director of photography, and Zimny was the editor.