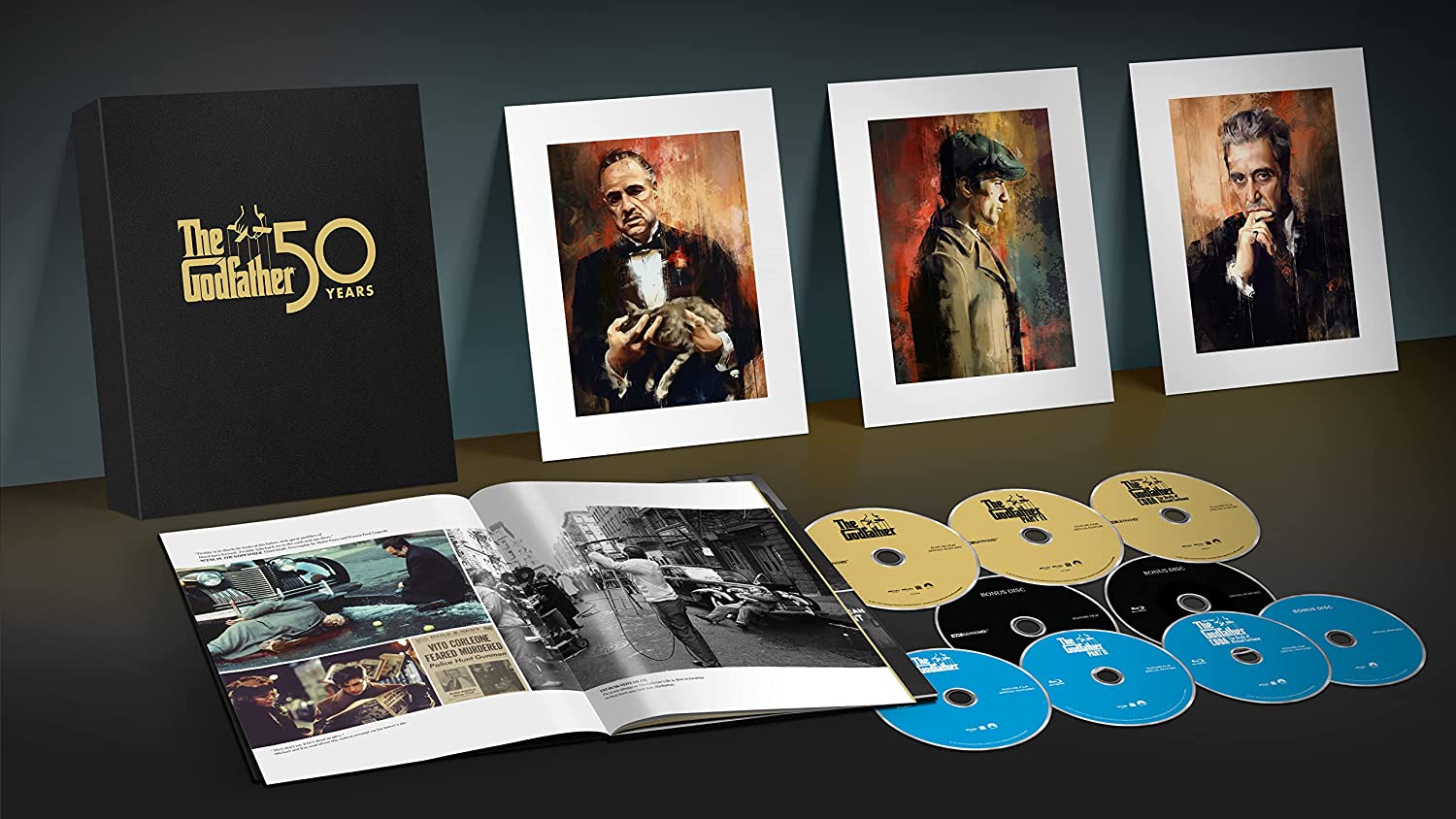 To celebrate the 50th anniversary of Francis Ford Coppola’s cinematic masterpiece, we’re giving away a copy of The Godfather Trilogy 50th Anniversary Collector’s Edition 4K Ultra HD™ + Blu-ray™ to one very lucky winner. All three films in the epic trilogy have been meticulously restored under the direction of Coppola and will be made available to own on 4K Ultra HD™ for the first time ever on March 21.

Coppola’s masterful film adaptation of Mario Puzo’s novel chronicles the rise and fall of the Corleone family and the film trilogy is rightfully viewed as one of the greatest in cinematic history.  In preparation for the 50th anniversary of the first film’s original release on March 24, 1972, Paramount and Coppola’s production company American Zoetrope undertook a painstaking restoration of all three films over the course of three years.

The Godfather is available to own on 4K UHD™ March 21st