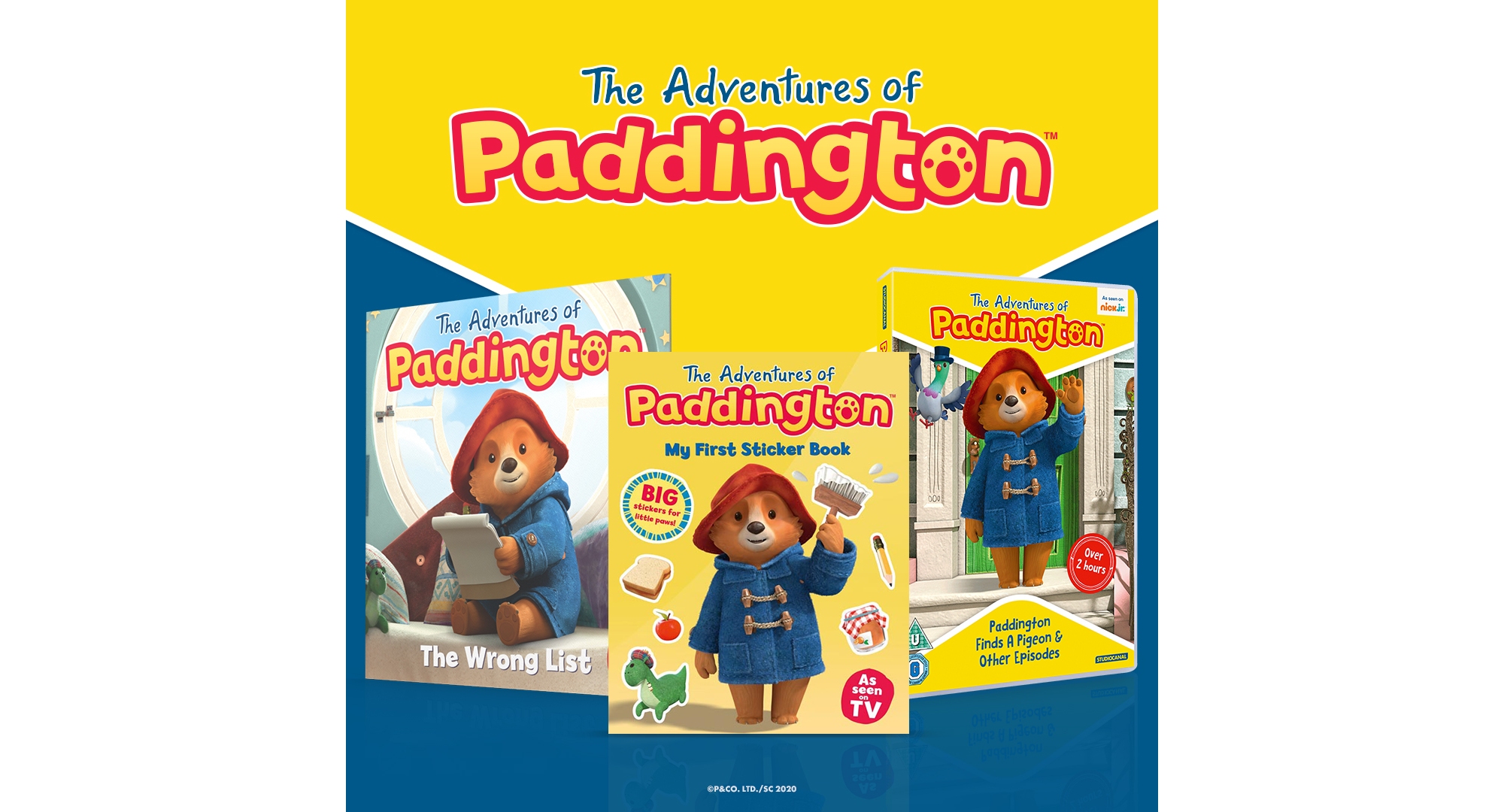 To mark the release of The Adventures of Paddington on 18th May, we’ve been given 2 copies to give away on DVD along with 2 Paddington Activity books.

THE ADVENTURES OF PADDINGTON is coming to DVD on 18th May with Paddington Finds A Pigeon & Other Episodes. A heart-warming show about being curious, being good to others, and being part of a loving family. The series features a brand-new theme song “Paddington Bear” written and performed by one of Britain’s most successful musicians, Gary Barlow (Take That). Ben Whishaw (Paddington 1 & 2) reprises his role as the voice of everyone’s favourite marmalade-loving bear and is joined by new cast members including Morwenna Banks, Darren Boyd and more.

The Adventures of Paddington is directed by Adam Shaw and Chris Drew of Blue Zoo (Go Jetters, Digby Dragon, Miffy, Q Pootle 5), and developed for television and written by Jon Foster and James Lamont (The Amazing World of Gumball, Cuckoo, Paddington 1 & 2).