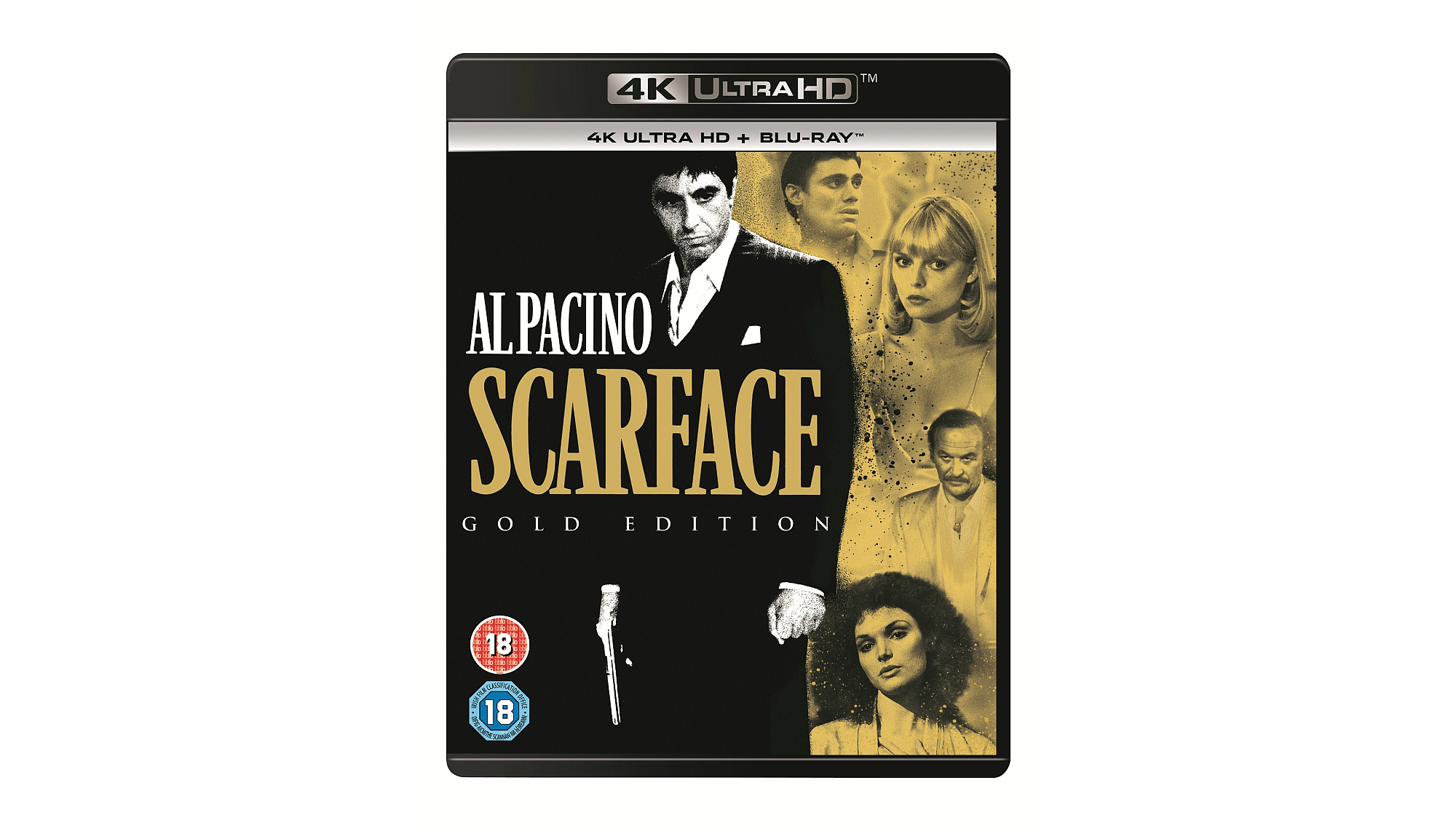 Considered one of the most influential gangster films ever made, Scarface’s gritty depiction of Tony Montana’s lethal ambition has made it a cultural touchstone that spans generations. Now, Universal Pictures Home Entertainment commemorates the 1983 film’s release with the Scarface Gold Edition available on 4K Ultra HD for the first time ever, newly remastered Blu-ray™ and DVD on 21st October 2019. The physical releases include a brand-new bonus feature, the Scarface: 35th Anniversary Reunion featuring Al Pacino and Michelle Pfeiffer to celebrate the film’s iconic legacy as one of the greatest crime sagas of all time. To celebrate, we’ve been given 2 copies to give away on 4K Ultra HD.

In the spring of 1980, the port at Mariel Harbor was opened, and thousands set sail for the United States. They came in search of the American Dream. One of them found it on the sun-washed avenues of Miami… wealth, power and passion beyond his wildest dreams. He was Tony Montana. The world will remember him by another name… Scarface.  Starring Al Pacino as Tony Montana along with Michelle Pfeiffer, Steven Bauer, Mary Elizabeth Mastrantonio and Robert Loggia, Scarface has become a cultural phenomenon brilliantly directed by Brian De Palma and written by Oliver Stone.

0
A corporate defence lawyer takes on an environmental lawsuit...