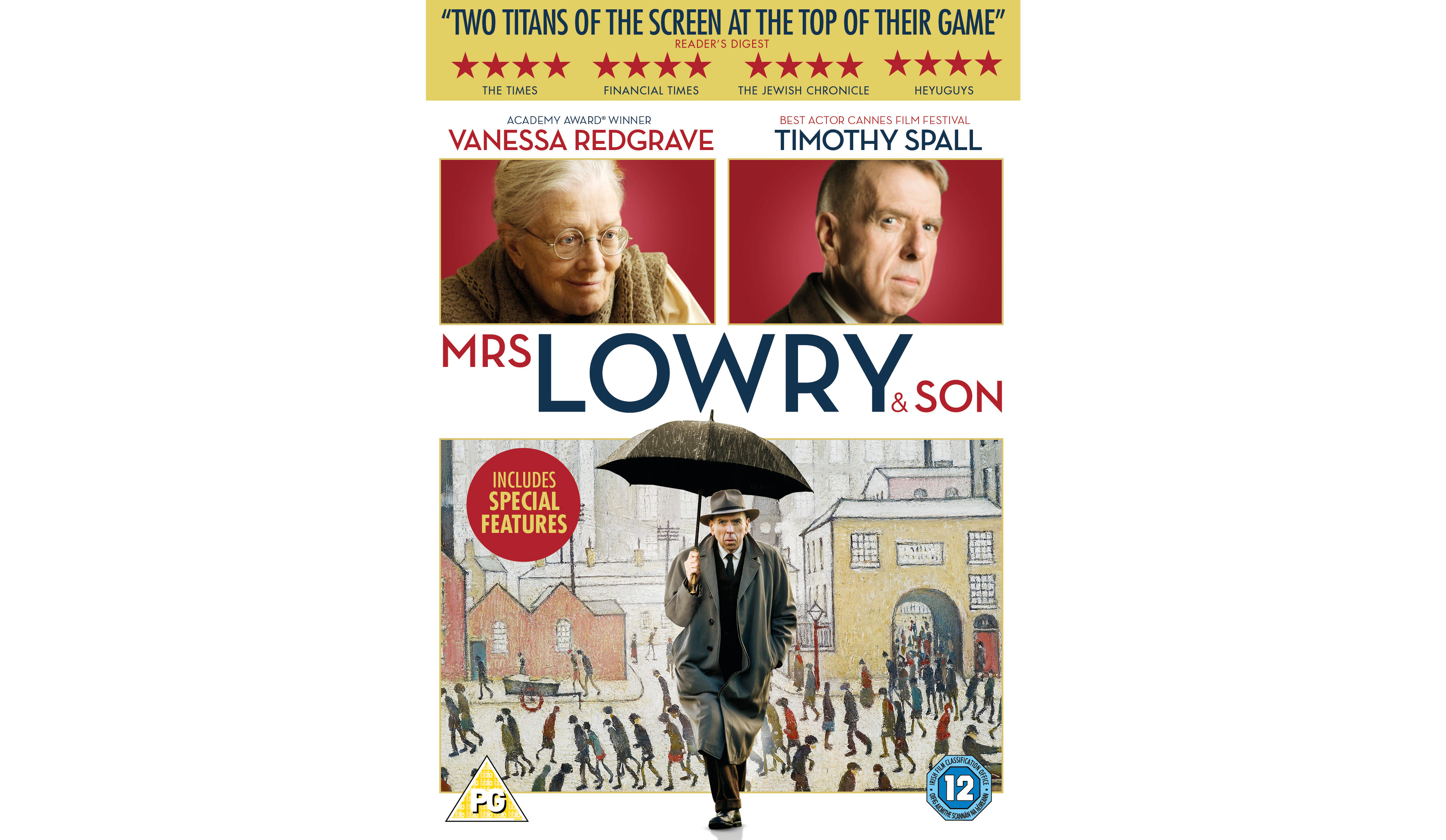 To mark the release of Mrs Lowry and Son, out now, we’ve been given a DVD copy and poster signed by Timothy Spall to give away, along with DVD copies for 2 runners up.

Beloved British artist L.S. Lowry (Timothy Spall) lived all his life with his over-bearing mother Elizabeth (Vanessa Redgrave). Bed-ridden and bitter, Elizabeth actively tried to dissuade her bachelor son from pursuing his artistic ambitions, whilst never failing to voice her opinion at what a disappointment he was to her.

L.S. Lowry became internationally famous for his depictions of 20th century industrial life in the North West of England, and the legacy of his work remains a huge presence in the region, not least at The Lowry, a purpose-built art gallery in Salford Quays. Such was his eventual success that he was offered five honours over his lifetime, including a knighthood in 1968 – all of which he rejected – and his work was displayed in a retrospective, record-breaking exhibition at the Tate. His work sells for millions.

Mrs Lowry and Son is available on digital, DVD and Blu-ray now.

Exclusive: Noémie Merlant, Adéle Haenel and Céline Sciamma on Portrait of a Lady on Fire