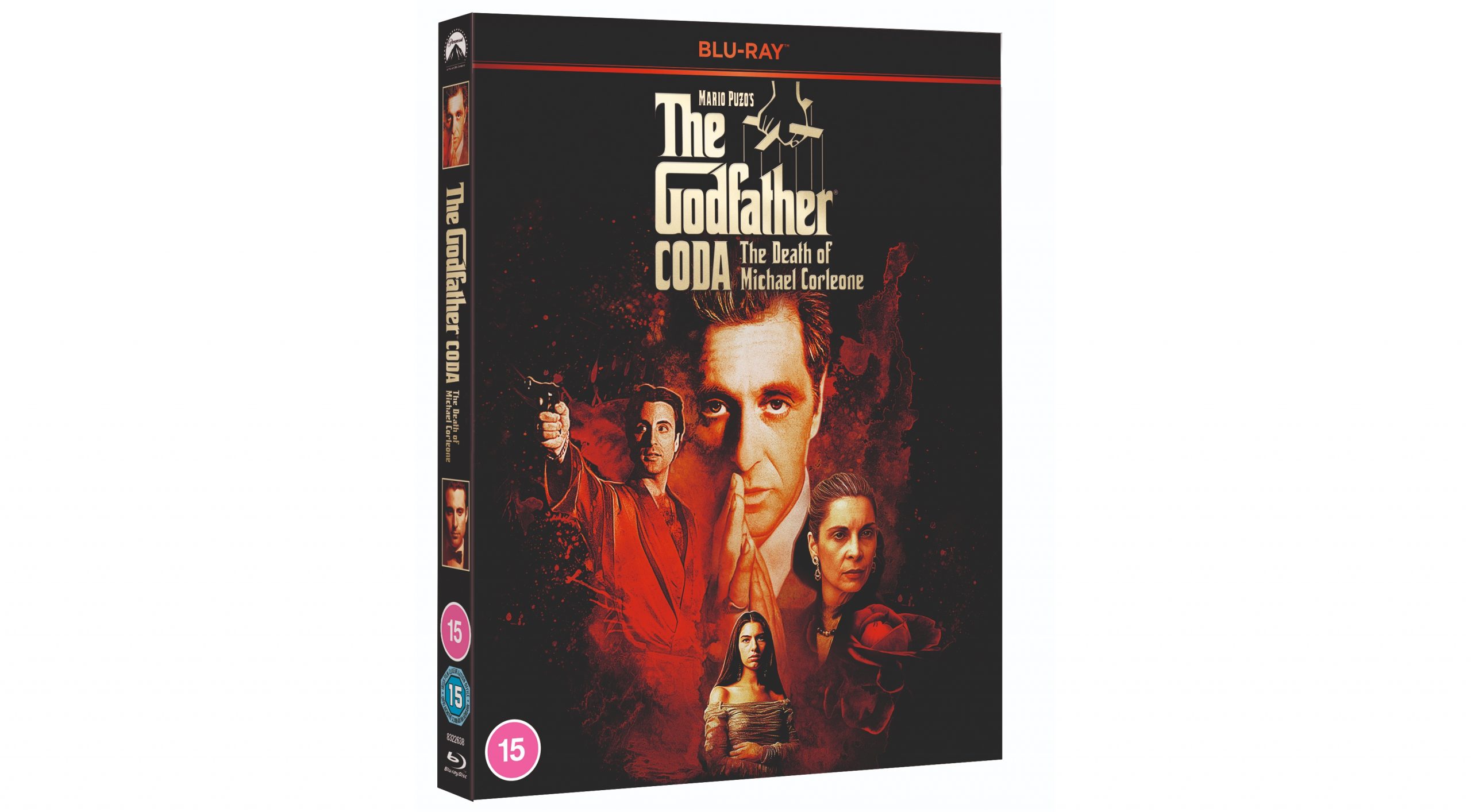 For the release of Mario Puzo’s The Godfather, Coda: The Death of Michael Corleone in select cinemas from 5th and 6th December and available on Blu-ray™ and to Download & Keep 8th December, we’re giving away a copy of the film on Blu-ray™ to 3 lucky winners. Enter for a chance to own the definitive version of the conclusion to the most celebrated saga in cinema history.

Celebrating the 30th Anniversary of The Godfather: Part III, director/screenwriter Francis Ford Coppola brings a definitive new edit and restoration of the final film in his epic Godfather trilogy—Mario Puzo’s THE GODFATHER, Coda: The Death of Michael Corleone. Michael Corleone (Al Pacino), now in his 60s, seeks to free his family from crime and find a suitable successor to his empire. That successor could be fiery Vincent (Andy Garcia)… but he may also be the spark that turns Michael’s hope of business legitimacy into an inferno of mob violence. The film’s meticulously restored picture and sound, under the supervision of American Zoetrope and Paramount Pictures, includes a new beginning and ending, as well as changes to scenes, shots, and music cues. The resulting project reflects author Mario Puzo and Coppola’s original intentions of The Godfather: Part III, and delivers, in the words of Coppola, “a more appropriate conclusion to The Godfather and The Godfather: Part II.”