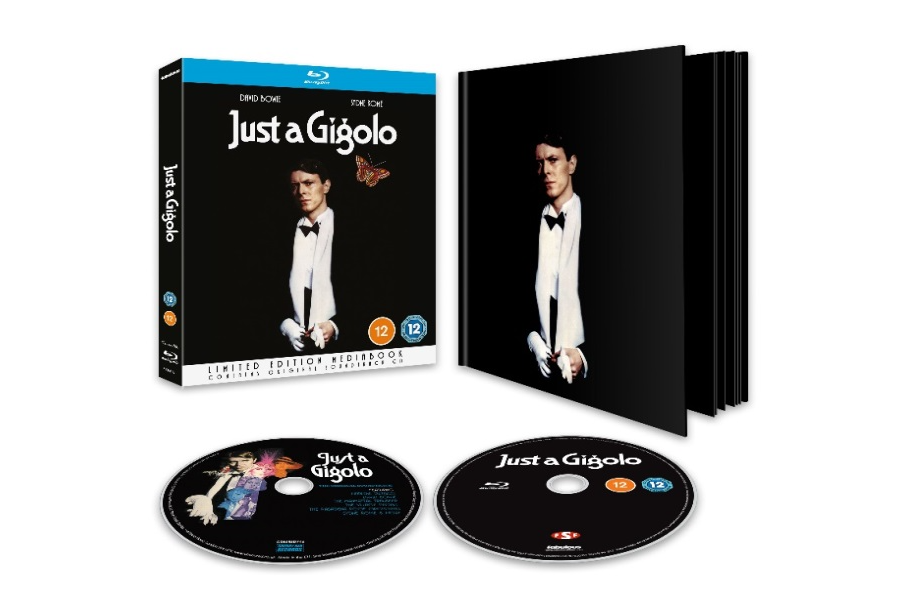 To mark the release of Just a Gigolo, out now, we’ve been given a signed copy of the boxset to give away.

Paul von Przygodski (David Bowie), a young Prussian gentleman, arrives in the trenches in time to be caught in the final explosion of the Great War. After recuperating in a military hospital, where he is mistaken for a French hero, he returns to Berlin. His family home has been turned into a boarding house, his father (Rudolf Schündler) is paralyzed, and his mother (Maria Schell) is working in the Turkish baths.

Attempting to find a new purpose, his childhood friend, Cilly (Sydne Rome), abandons him for fame and fortune; his former commanding officer, Captain Kraft (David Hemmings), tries to persuade him to join his right-wing movement and a widow, Helga von Kaiserling (Kim Novak), briefly seduces him with the finer things in life.

In a society where the individual comes first and anyone can be bought, he is recruited by Baroness von Semering (Marlene Dietrich) as one in her regiment of gigolos. The cynical and decadent world of entertaining rich widows leads an increasingly disillusioned Paul to a poignant, chilling end.