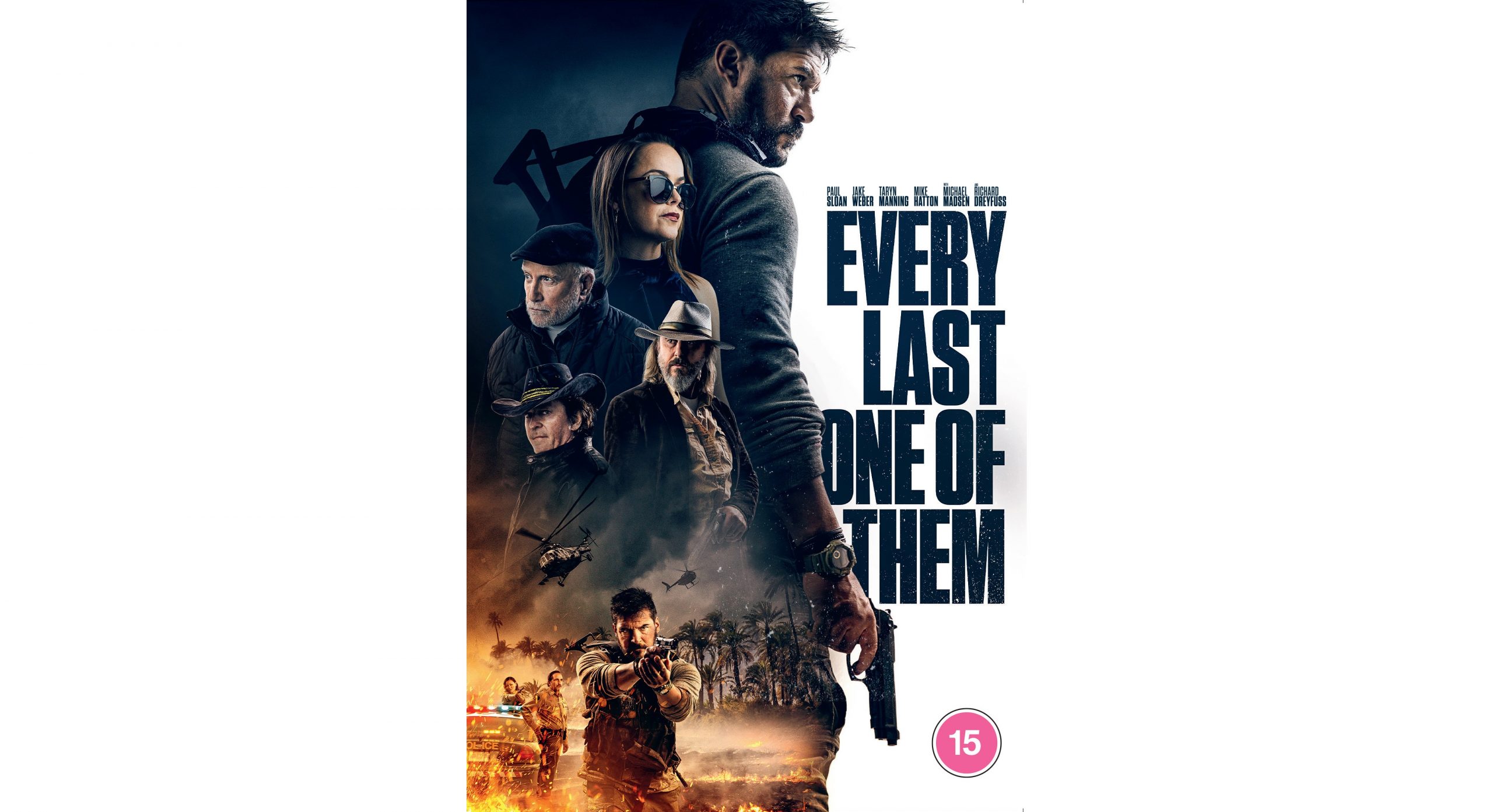 To mark the release of Every Last One of Them on 8th November, we’ve been given 2 Copies to give away on DVD.

Jack Hunter’s (Paul Sloan) daughter is missing and he’ll do whatever it takes to find her.  His desperate search leads him to a small town in the desert, where she was last seen alive. There he encounters the menacing head of a mob-funded security firm (Jake Weber), who alongside his vicious sister (Taryn Manning), are holding on to a harmful family secret that threatens to derail a billion dollar water deal between his boss and the US government.

Jake finds himself embroiled in a web of corruption and danger, and as the fate of his daughter slowly becomes apparent, it becomes terrifyingly clear that he must take on way more than he bargained for…

With the aid of his former black ops mentor (Richard Dreyfuss) Jack embarks on a merciless quest for vengeance…  stopping at nothing to bring those responsible to justice.