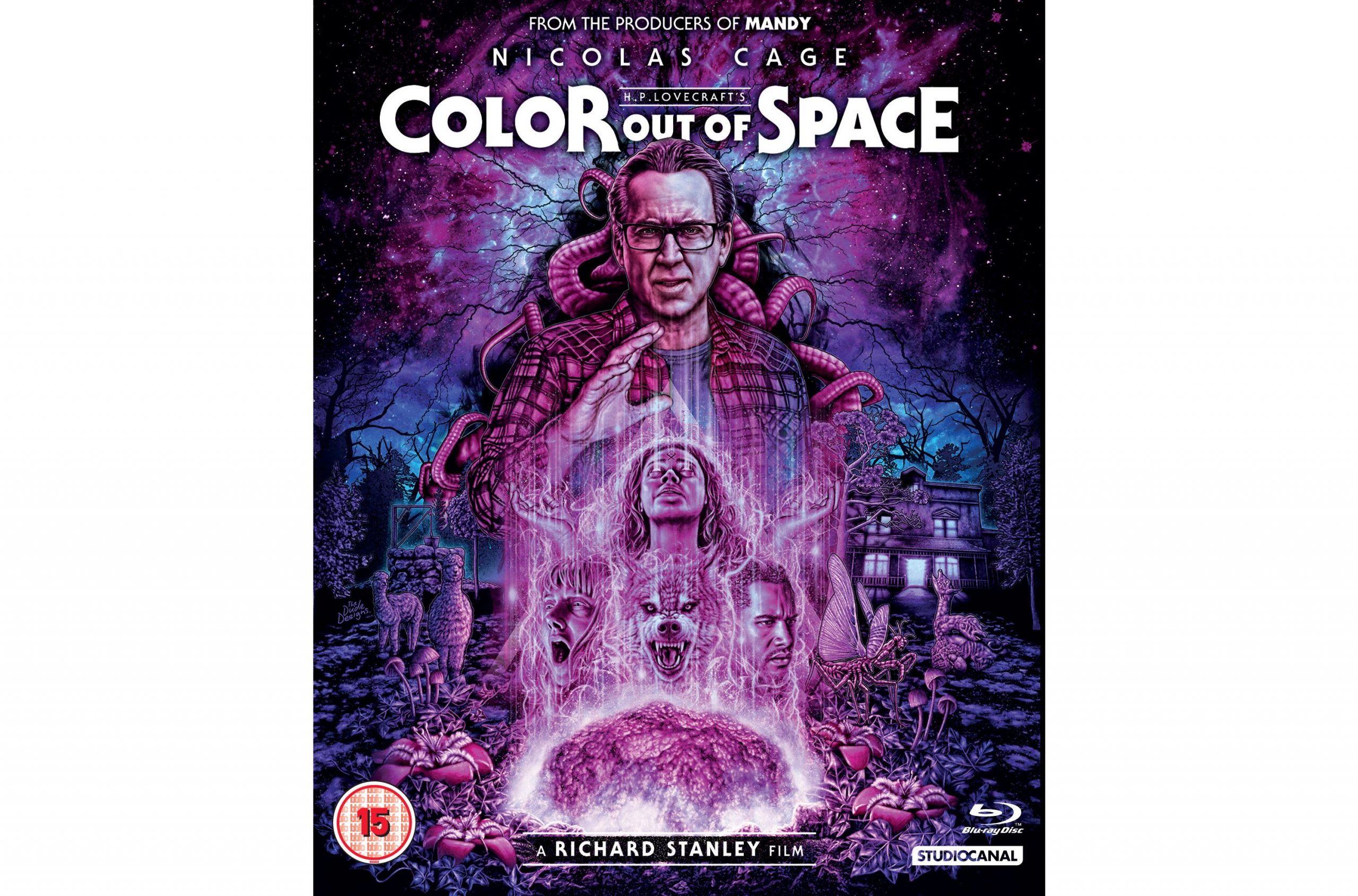 To mark the release of Color Out of Space, out now, we’ve been given 3 Blu-ray and poster bundles to give away.

Nearly thirty years since the release of his last feature film, maverick director Richard Stanley, has made a triumphant return with the hallucinogenic sci-fi horror COLOR OUT OF SPACE.

Adapted from Lovecraft’s novel. The film stars Academy award winner Nicholas Cage, Joely Richardson, Tommy Chong and Madeleine Arthur, as the Gardner family, whose lives are pitched into a technicolour, hallucinogenic nightmare after a meteorite lands in their front yard, unleashing an extra-terrestrial pathogen which begins to wreak havoc infecting local animals and the Gardners themselves. When the family realise they must escape the contagious cloud that consumes their farm, they look to battle the nebulous entity that they can barely begin to understand. Stanley has also named the film as the first in a trilogy based on Lovecraft’s stories he hopes to release soon.

Watch our exclusive Color Out of Space interview here: