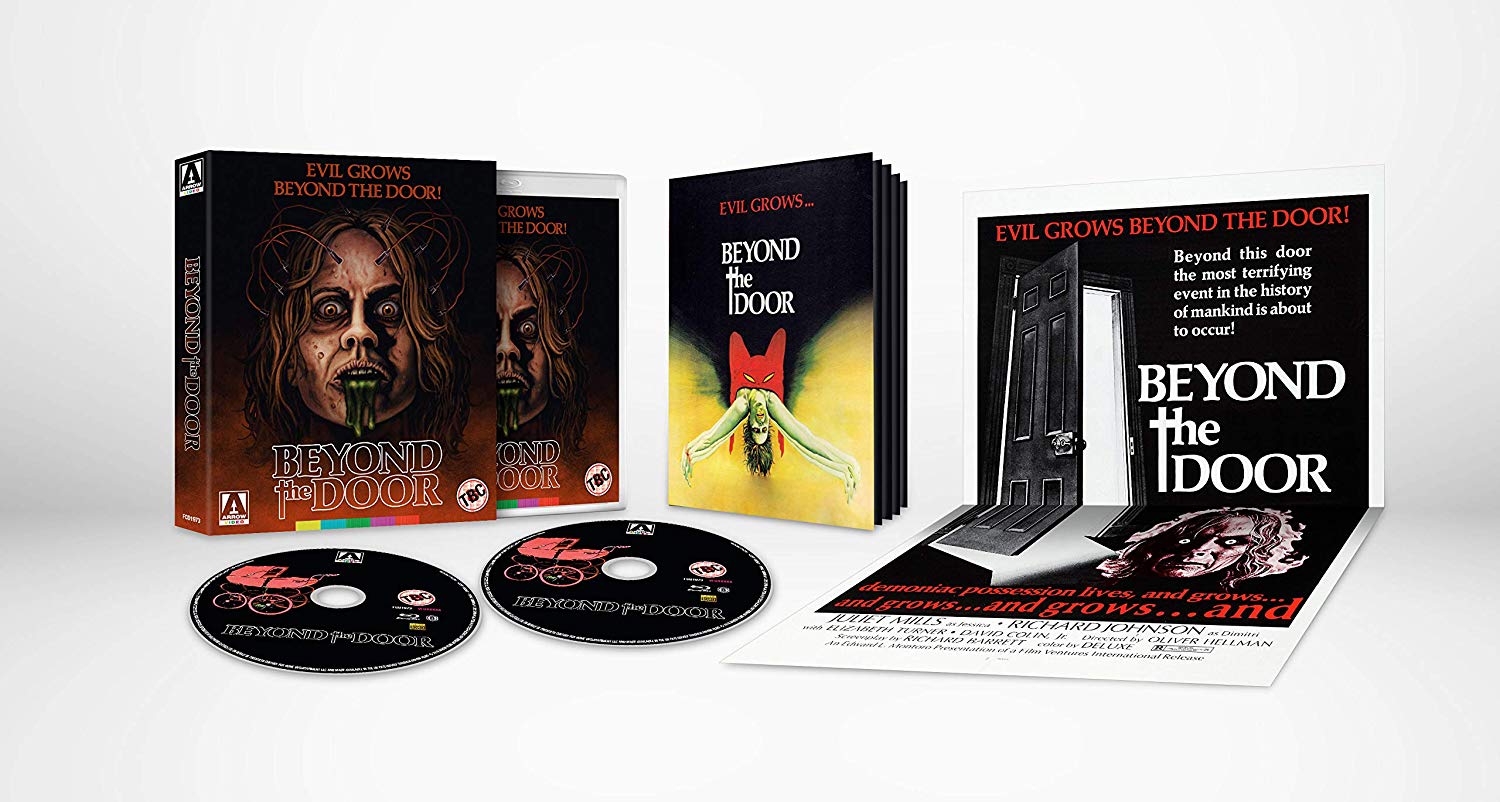 To celebrate the release of BEYOND THE DOOR – available on Blu-ray 30th March from Arrow Video – we have a copy up for grabs!

Legendary filmmaker Ovidio G. Assonitis, whose Tentacles and Piranha II sought to cash in on the killer fish craze spawned by Jaws, first hit pay dirt in 1974 with Beyond the Door – a gloriously bonkers riff on The Exorcist featuring Emmy Award-winning actress Juliet Mills and distinguished British actor Richard Johnson.

Set against the backdrop of San Francisco, Beyond the Door stars Mills as Jessica Barrett, a young mother who starts to develop strange behaviors whilst pregnant with her third child. Before you can say “split pea soup”, Jessica is displaying signs of full-blown demonic possession – complete with projectile vomiting and fully-rotating head! Could it be that she’s carrying the child of the Antichrist himself?

Described as “disgusting”, “scary trash” and “maddeningly inappropriate” by film critic Robert Ebert and subject to a lawsuit by Warner Bros. (who claimed copyright infringement against a certain William Friedkin film), the devilish denizens at Arrow Video have summoned up this wickedly entertaining popcorn spiller in a brand new, extras-packed edition fit for Satan himself!