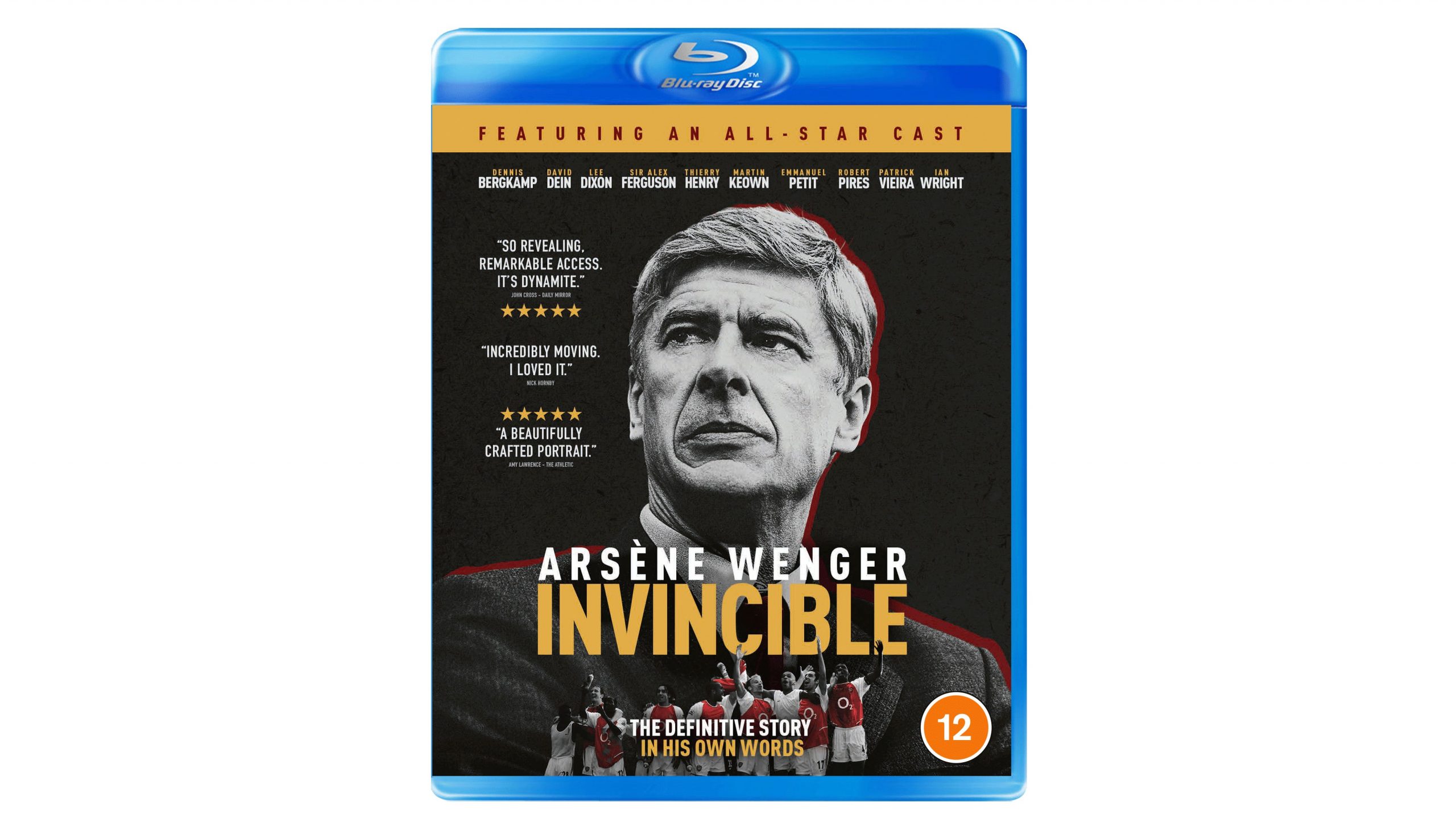 To celebrate the release of Arsène Wenger: Invincible on DVD, Blu-ray and Digital we’ve been given 2 copies to give away on Blu-ray.

The definitive portrait of one of the greatest football managers of all time ARSÈNE WENGER: INVINCIBLE features remarkable access and previously unseen archive footage. Directors Gabriel Clarke (Bobby Robson: More Than A Manager, Finding Jack Charlton) and Christian Jeanpierre draw back the veil on a truly enigmatic figure who discusses, for the first time, the football ‘addiction’ that was both his driving force and his ‘fatal flaw’.

Shot on location in England, France and Arsène’s home village of Duttlenheim, ARSÈNE WENGER: INVINCIBLE is a compelling, intimate insight into a football figure like no other.

Framed against the backdrop of Arsenal’s historic “Invincible” season of 2003-04, the first and only occasion a team has gone an entire Premier League campaign without defeat, the film sees Wenger reflect candidly on his revolutionary era at Arsenal and the emotional and personal turmoil that surrounded his controversial exit after 22 years.