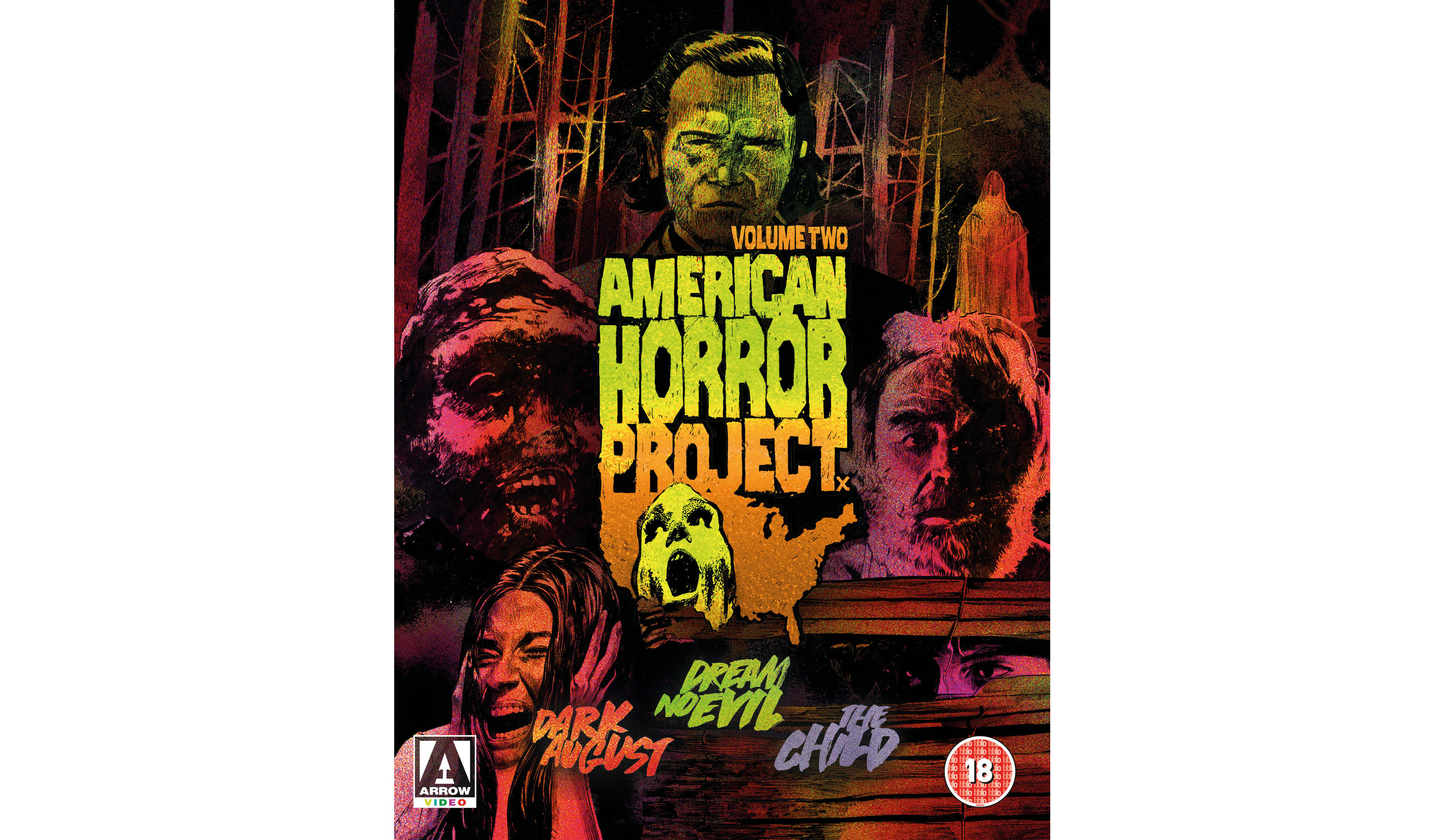 To celebrate the release of American Horror Project Volume Two – out now on Arrow Video – we have a Blu-ray available to give away.

Continuing its mission to unearth the very best in weird and wonderful horror obscura from the golden age of US independent genre moviemaking, Arrow Video is proud to present the long-awaited second volume in its American Horror Project series co-curated by author Stephen Thrower (Nightmare USA: The Untold Story of the Exploitation Independents).

Starting off with a little-seen 1970 offering from underrated cult auteur John Hayes (Grave of the Vampire, Garden of the Dead), Dream No Evil is a haunting, moving tale of a young woman’s desperate quest to be reunited with her long-lost father – only to find herself drawn into a fantasyland of homicidal madness. Meanwhile, 1976’s Dark August stars Academy Award-winner Kim Hunter (A Streetcar Named Desire) in a story of a man pursued by a terrifying and deadly curse in the wake of a hit-and-run accident. Lastly, 1977’s Harry Novak-produced The Child is a gloriously delirious slice of horror mayhem in which a young girl raises an army of the dead against the people she holds responsible for her mother’s death.