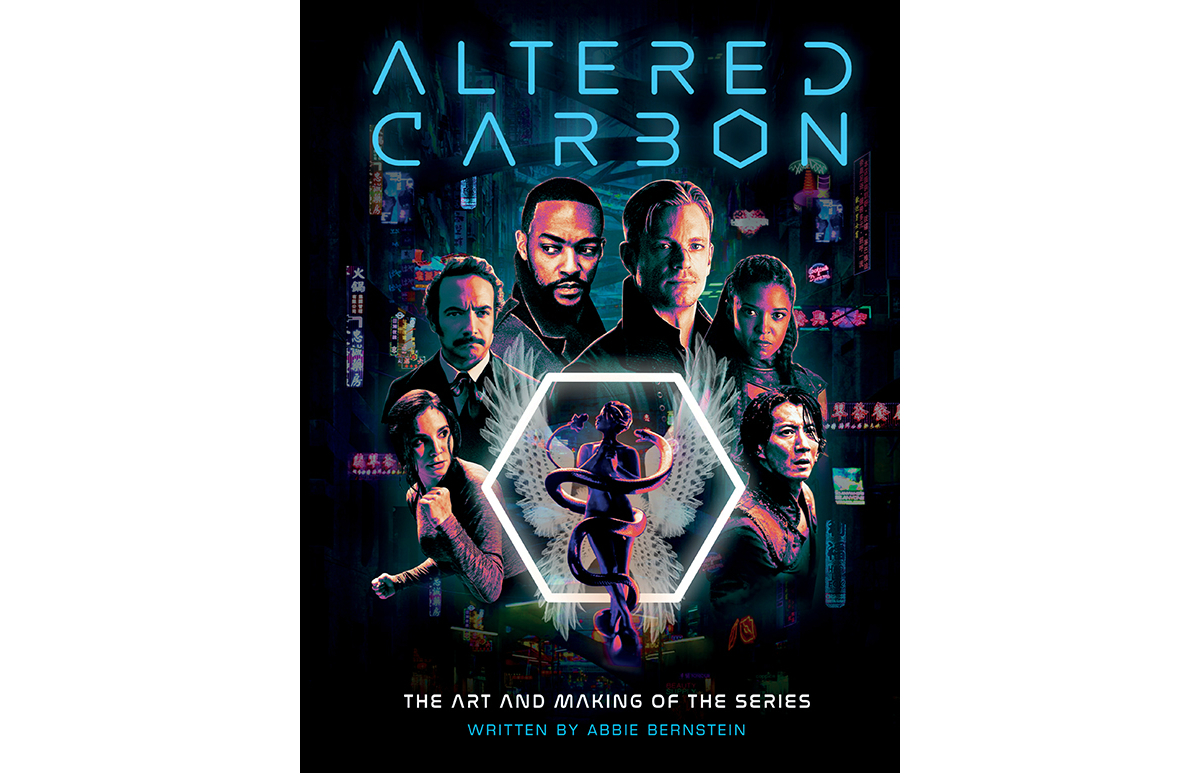 To mark the release of Altered Carbon: The Art and Making of the Series by Abbie Bernstein on 24th March, we’ve been given a copy of the book to give away.

Go behind the scenes of Altered Carbon in this exclusive collection of art. Packed with concept art, final designs, and artist commentary plus previously unseen storyboards.

Awaken into the cyberpunk world of Skydance’s Altered Carbon. Stacks – implanted chips that store human consciousness – have made death obsolete. When Envoy Takeshi Kovacs finds himself sleeved in an unfamiliar body and assigned to investigate the murder of a wealthy businessman, he begins to uncover the seedy underbelly of a society where death is no longer permanent.

This richly detailed and beautiful coffee table book takes readers from the glittering Aerium to the gritty streets of Bay City. Featuring development art, stills, set photos, storyboards, and VFX builds from the first two seasons, plus interviews with cast and crew. Altered Carbon: The Art and Making of the Series will bring readers into this visually stunning futuristic world where technology has transformed mortality.