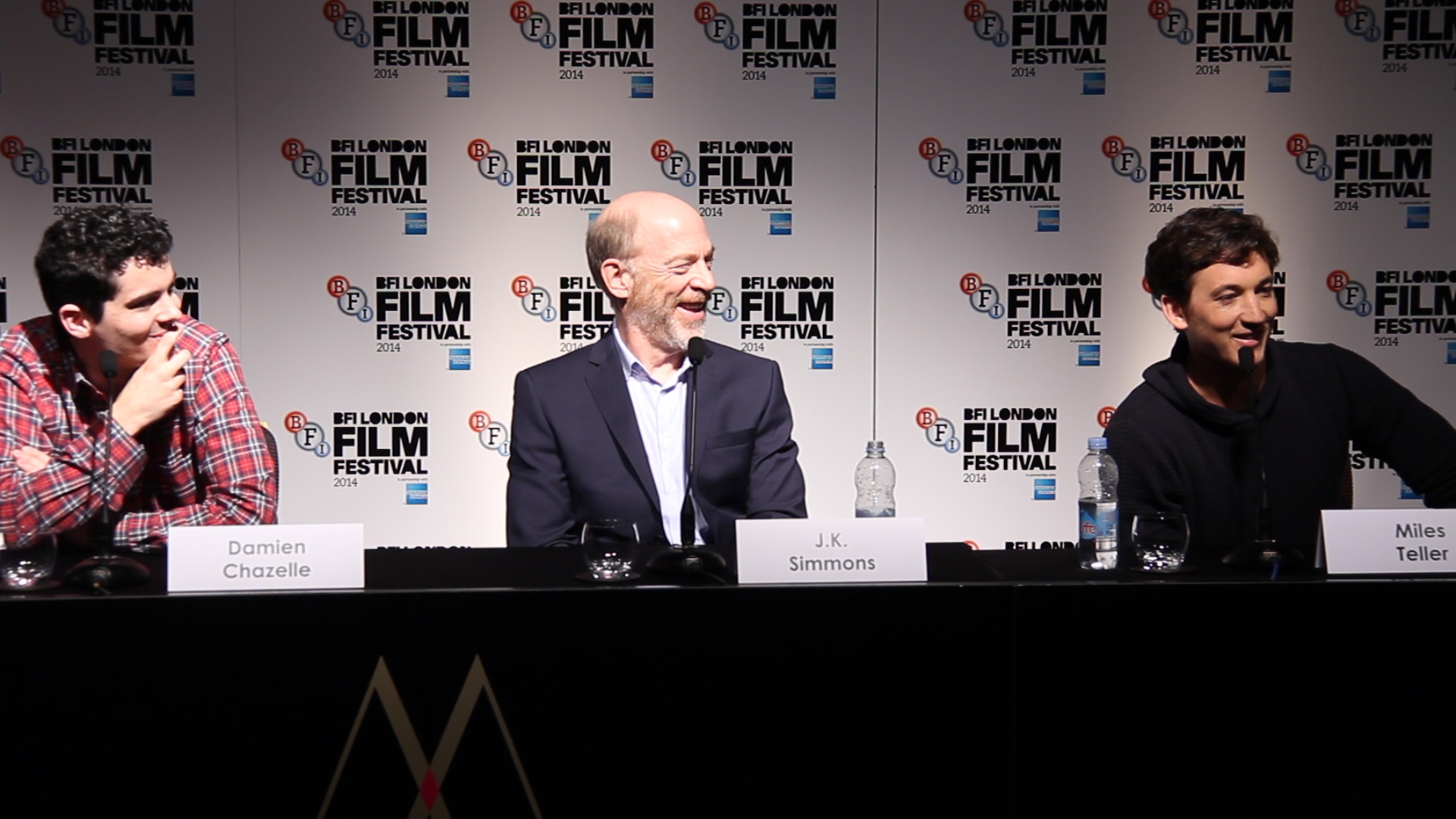 Damien Chazelle’s Whiplash is a forceful tale of the dangers of ambition, and it arrives in London after months gaining accolades on the festival circuit. It premiered at Sundance in January to furious acclaim, winning the Audience award as well as the Grand Jury prize. Thankfully it more than lives up the hype – this morning Twitter was abuzz with praise for the film.

J K Simmons and Miles Teller have an immaculate chemistry, their relationship gives the film a solid foundation on which to explore its themes. The two lead actors and their director were on hand this morning and we’ve got the full press conference video for you below.

All of our LFF coverage is right here, and we’ll be at the premiere for Whiplash later on today so look out for that.