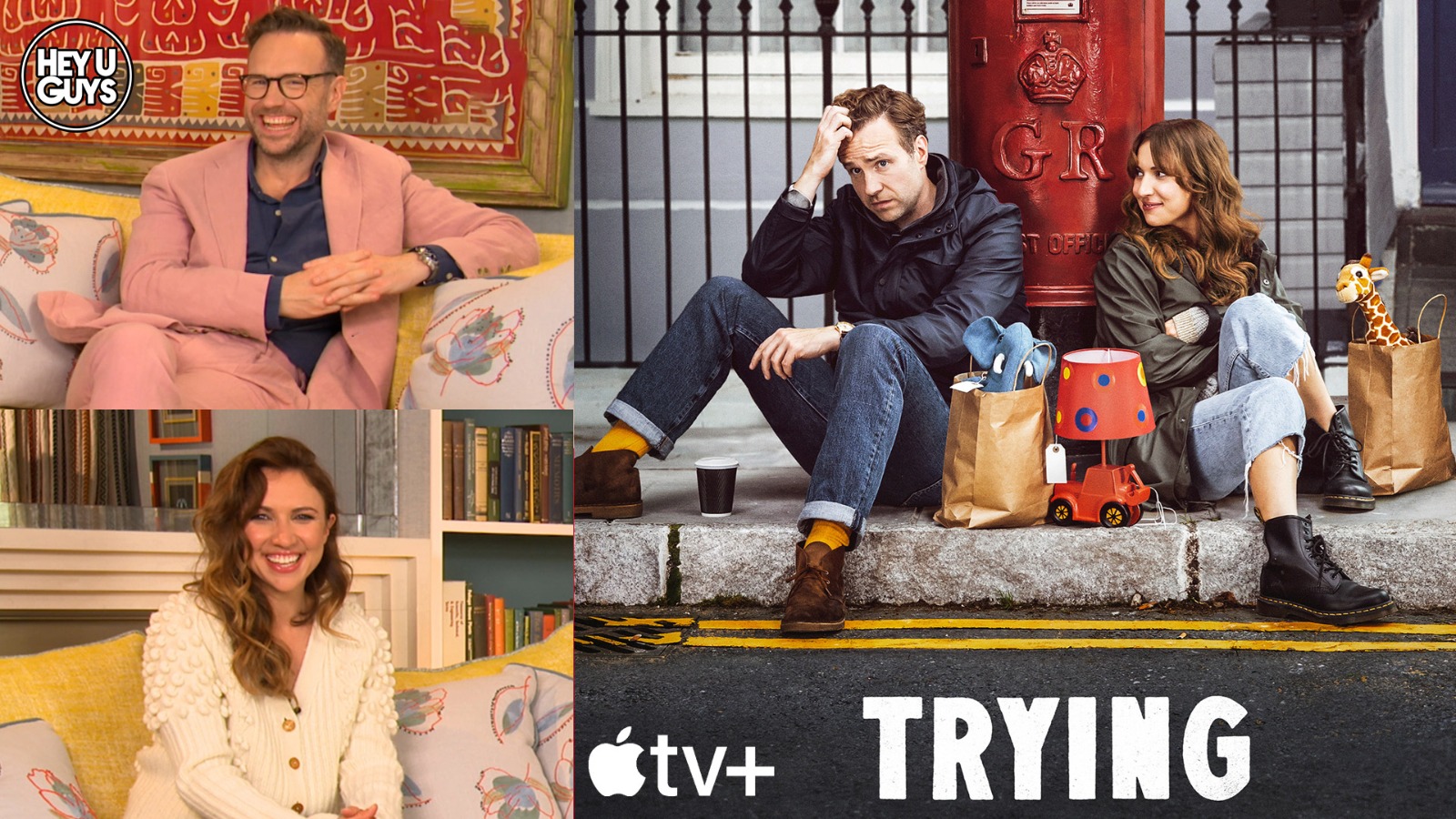 A little over a year ago, in the midst of the very first lockdown, we spoke to Rafe Spall and Esther Smith, about their brand new series Trying. It was one of our very first interviews conducted in the wake of a changing world, just a day or two after the Queen had addressed the nation. And now, a year on, they’re back with a second series – and we had the pleasure of speaking to them both again.

This time round, and a sign that things are improving, slowly, they were actually together in the same room (!) as we discuss the second series of this really enjoyable, and surprisingly profound comedy. They discuss the themes, and what they have learnt from their characters, or taken from their experience shooting the series, while also commenting on just how unique it is to see a comedy show explore life in the way that this show does.

Watch the full interview with Rafe and Esther here:

In season two, “Trying” follows the continuing journey of Nikki (Esther Smith) and Jason (Rafe Spall) as they navigate the adoption process. Having been approved by the adoption panel they now find that matching with a child is not as straightforward as they had hoped. It seems like children are being snapped up by other couples while somehow they’re being left behind. Helped by their eccentric social worker Penny (Imelda Staunton) they are determined to do everything they can. When Nikki meets a little girl called Princess at an adoption event she knows instantly that this is the child for them. But there are obstacles to Nikki’s plan that may prove insurmountable.

“Trying” season two debuts exclusively on Apple TV+ on Friday, May 21. The eight-episode series, which has been renewed for a third season, will premiere with the first episode, followed by new episodes weekly, every Friday.

Munich – The Edge of War Review