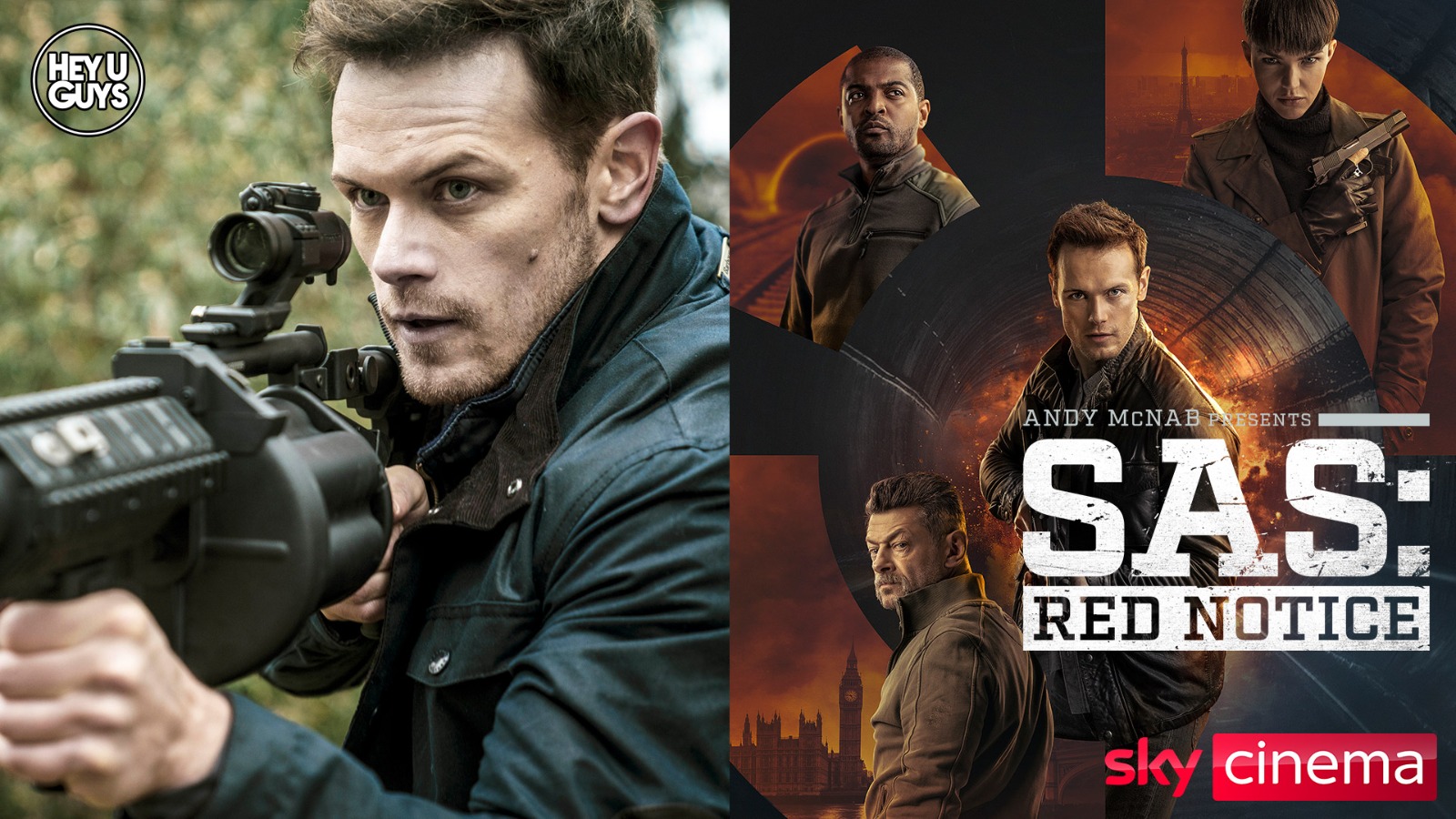 Sam Heughan, best known for his work in Outlander, and widely tipped to be the next 007 – is showing off his special agent skillset in SAS: Red Notice, a thrilling action flick about a terrorist attack in the Channel Tunnel. To mark the film’s release, out on Sky Cinema this weekend, we had the pleasure of speaking to the man himself, as he runs us through his rigorous training regime, alongside author Andy McNab to help prepare him for this challenging role. We also discuss his recent performance in To Olivia, and what it was like embodying Hollywood icon Paul Newman.

Tom Buckingham, a special forces operator, is taking Dr. Sophie Hart from London to Paris to propose. When their train is deep inside the Channel Tunnel, Grace Lewis and her team of heavily armed war criminals seize the train and hold hundreds of passengers hostage. Grace threatens to expose the British governments darkest secrets and blow up the Channel Tunnel if her ransom demands are not met. Unarmed and cut off from his counter terror team, Tom is the only hope that Sophie and the other passengers have to make it out alive. Based on the best-selling novel by former SAS operator Andy McNab, SAS: RED NOTICE is a provocative and authentic portrayal of an emergency response operation and the singular mindset Tom needs to survive.

SAS: Red Notice available only on Sky Cinema from 12 March

Win To Olivia on Blu-ray