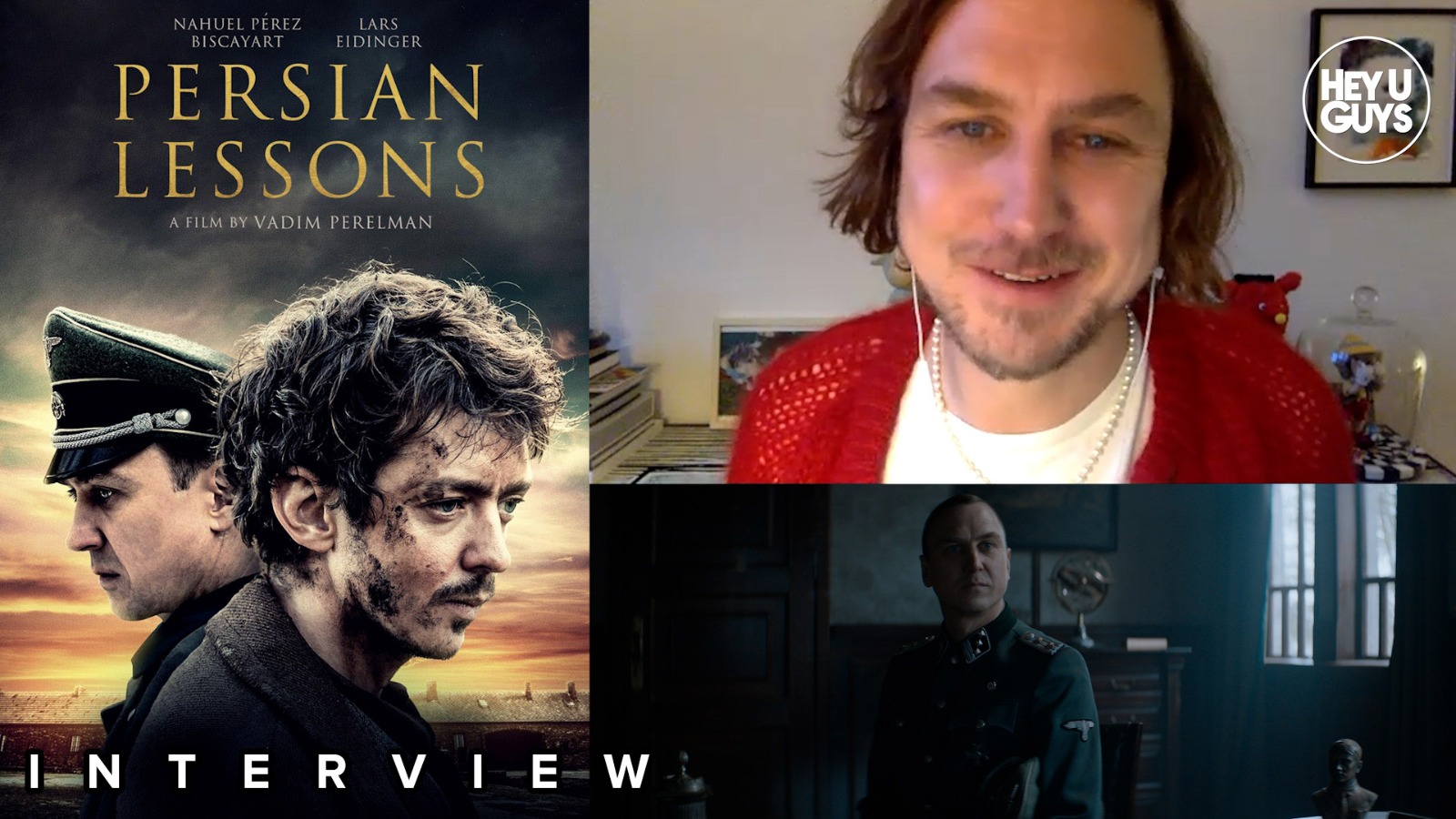 Lars Eidinger is one of Germany’s greatest stars, and turns in yet another powerful performance, this time in World War Two drama Persian Lessons, alongside the equally brilliant Nahuel Pérez Biscayart. To mark the film’s release, we had the pleasure of speaking to the German on Zoom, as we delved into this brilliant piece of cinema, based on a true story.

Eidinger talks in depth about why he took on this role, as he admits he often turns his nose up at WW2 dramas, wanting the right part to fall on his lap. He also talks about getting into the head of a Nazi, while speaking candidly about Germany’s troubled history. He speaks about the urgency in confronting his nation’s past, and how he believes that the right-wing resurgence in politics of late does bear similarities to Nazism.

Watch the full, and fascinating interview with Lars Eidinger here:

A young Jewish man pretends to be Iranian to avoid being executed in a concentration camp.