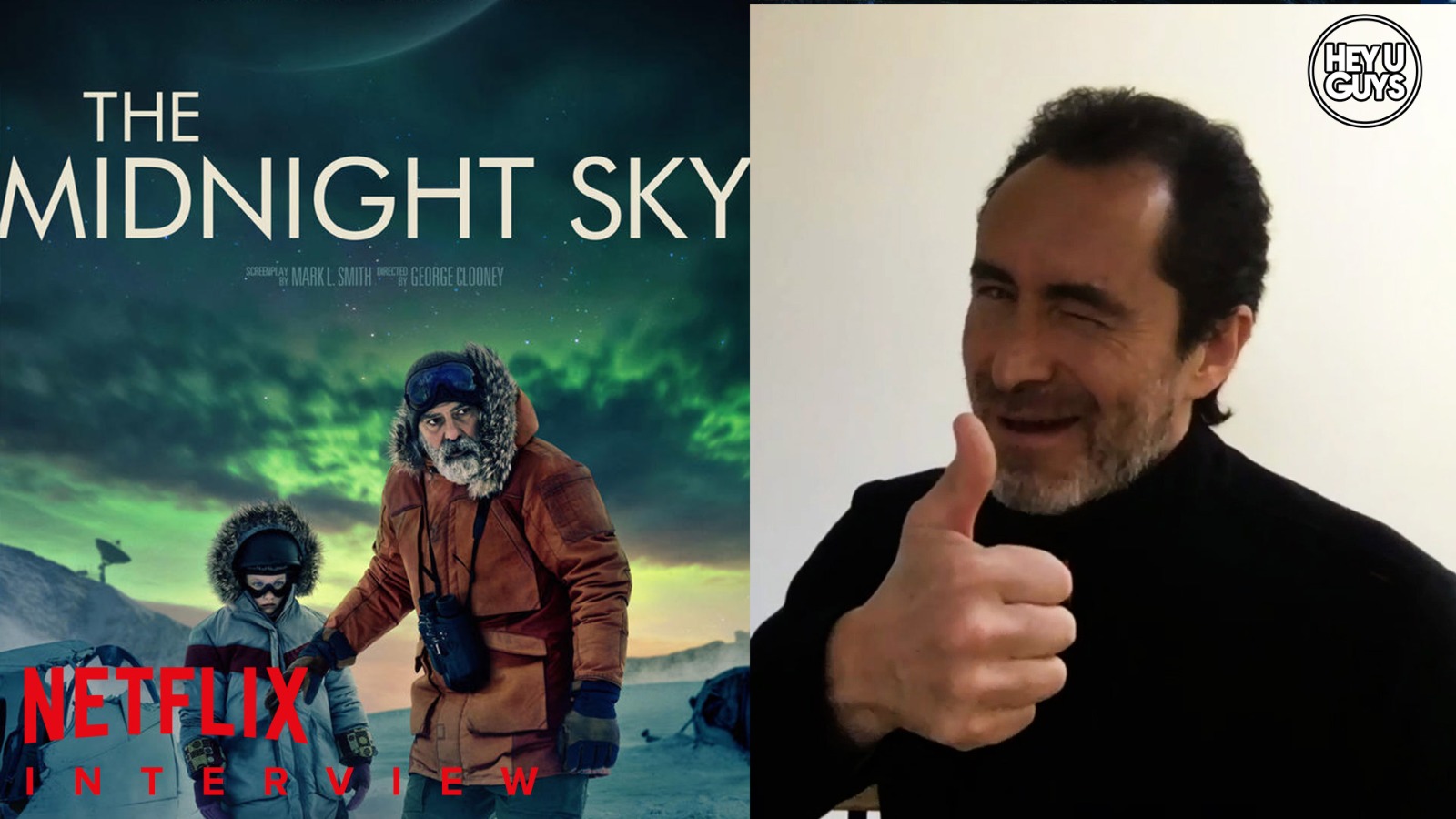 During a year where we’ve wanted to be, well, pretty much anywhere else, it comes as a great relief that George Clooney is taking up to the sky and beyond, in his new sci-fi endeavour Midnight Sky, which launches on Netflix just two days before Christmas. To mark the film’s release, we had the pleasure of speaking to legendary Mexican actor Demián Bichir, who talks about the collaborative process with Clooney – and in general, across his career, what it has been like to work with the likes of Ridley Scott and Quentin Tarantino and so, so many others. We also speak about zero gravity, and what his karaoke song would be – and please don’t judge us for falling for his Joe Biden story, it had been a long day (and Netflix are the sort of company to do publicity stunts of that magnitude). Okay, actually, judge us. He got us good.

This post-apocalyptic tale follows Augustine, a lonely scientist in the Arctic, as he races to stop Sully and her fellow astronauts from returning home to a mysterious global catastrophe.