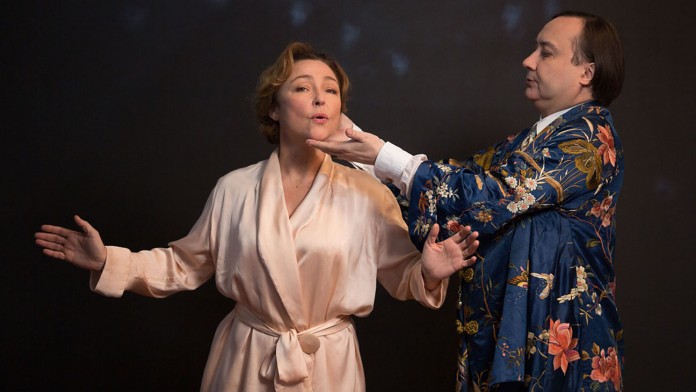 Loosely based on the true story of New York heiress Florence Foster Jenkins, Xavier Giannoli’s Marguerite’s tale is darkly comic and, unlike the protagonist, hits just the right notes, managing to be both heartwarming and tragic. Catherine Frot’s performance as the eponymous star is nothing short of brilliant, epitomised in the fact she claimed the prestigious Best Actress Award at the Césars. She leaves viewers so enamoured with the charismatic and naive chanteuse, that by the time she comes to perform in front of the height of Parisian society, you’re desperate to see her succeed.

The film opens on Marguerite and her husband Georges Dumont’s (André Marcon) stately home where a gaggle of sycophantic and well-to-do acquaintances have gathered for a private recital to benefit war orphans. An aspiring music student (Christa Théret) arrives and opens the concert with a beautiful rendition of Duo Des Fleurs with a fellow singer. Anticipation continues to mount whilst Marguerite primps and practises vocalisations in another room. When she finally reveals herself, adorned with a peacock feather freshly plucked from a live bird, the room erupts in applause.

The haunting performance of Queen of the Night that follows will have you veering between confused and horrified. As Marguerite shrieks at ever more disturbing pitches, children are seen darting under tables, patrons stifle giggles and several men break off at a run to escape the sound. “Did she always sing like that?” Asks a journalist. (Sylvain Dieuaide) “No.” Replies an attendee, “she’s come a long way.”

When the journalist publishes a sarcastically glowing review the next day, Marguerite begins to see her star rise, and becomes newly obsessed with the idea of becoming a world-renowned opera singer. The events that follow occur largely because of Marguerite’s crushing loneliness. Ignored by her adulterous husband, who routinely faked car troubles to avoid spending time with her, she had become increasingly isolated and eccentric and dependent upon the adulation of her music club to feel valued. The attention she receives as the story unfolds serves only to fuel her delusion.

The film is sadly let down by a slightly too long running time and unnecessary subplots involving the music student, the journalist and his self-labelled anarchist friend. It feels as though their screen time was extended just so they could pad out the audience for when Marguerite finally hears a recording of herself singing. This minor criticism, however, does little to distract from a sumptuous and captivating film that benefits from excellent performances and costume design that perfectly encapsulates the jazz era of 1920s Paris.