Home Features Why You Shoul... 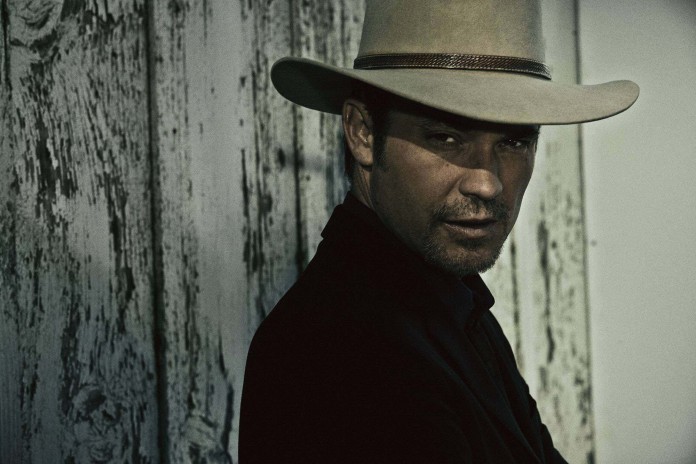 With the sixth season of Justified now out on DVD (along with a box set collecting all six seasons of the hit drama), there’s really no excuse for you to not go back and watch this amazing series from the beginning if you for some reason haven’t already.

Justified focused on Maverick U.S marshal Raylan Givens (Timothy Olyphant) enforcing the law his way in his Kentucky hometown, where he’s exiled in the opening few minutes of the first episode of the series after killing a gun thug under questionable circumstances in Miami.

Here’s a deleted scene from the final season, out now on DVD as well as the Complete Series.

From there, his story was told over the course of six incredible seasons of television, and there are a long list of reasons to watch Justified, a series which never received the kind of attention it truly deserved while on the air. So, why exactly should you now give it a shot?

Here, you will find the ten biggest reasons to do just that, with an in-depth and spoiler-free look at what makes Justified, its characters, setting, and first class storytelling all the ingredients of one of the greatest shows to ever grace the small screen in the past decade.

Let’s start off with by far the best reason to watch Justified; the criminally underrated Timothy Olyphant. Throughout each and every episode of the series, the actor stole the show as Deputy US Marshall Raylan Givens, with a charismatic and compelling performance which kept viewers coming back even when the storylines around him may have not been at their best (and that was rare in all honesty).

Despite the quality of the writing, there’s a good chance that Raylan in anyone else’s hands could have come across as cartoonish or bland, but Olyphant brings some much needed depth to the character as well as a certain swagger and charm which elevates him to an entirely different level and makes him a joy to watch.

Talking about the best part of Justified, it would be wrong not to mention Walton Goggins’ take on Boyd Crowder as being right up there with Olyphant’s magnetic performance. Despite essentially being the show’s main villain, Boyd became more and more likable as time went on, but Goggins never failed to remind us of the darkness of within the character.

His actions aside though, and it’s hard to imagine anyone pulling off the kind of lines and scenes which the actor was given over the years as Boyd, and his chemistry with Olyphant was off the charts. Every scene they shared was electric, and it’s impossible to imagine two other actors finding the same magic they did as these two former friends turned foes.

Justified may have had two great leads, but the series also had an awesome supporting cast and a very long list of villains who made one hell of an impact throughout the course of the show’s six seasons. They attracted some great talent over the years, from Michael Rapaport, Desmond Harrington, Jeremy Davies, Mykelti Williamson, Neal McDonough, and the irreplaceable Margo Martindale (who won an Emmy for her role in Justified).

From henchmen to season long big bads, Justified was never short on great foes for Raylan to square off with, and the different ways he dealt with them – not to mention the fact he often had an intriguing past relationship with them – was always fun to see play out in the series.

Win Blinded by the Light on Blu-ray