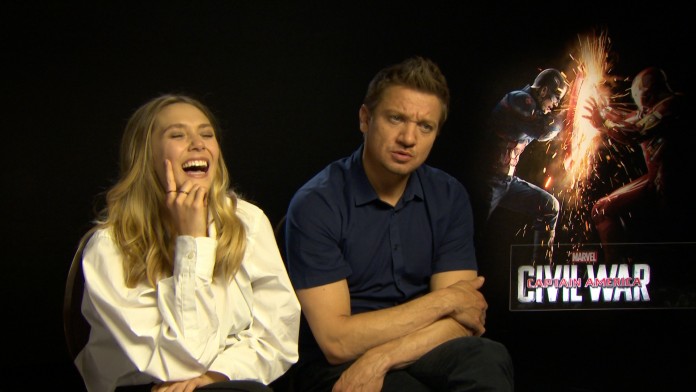 With the release of Captain America: Civil War ever closer (you may have realised) – we caught up with two of the film’s stars, and #TeamCap members, Elizabeth Olsen (Scarlet Witch) and Jeremy Renner (Hawkeye).

The pair discuss the expectant fan-base that anticipate these movies, and whether they themselves have got caught up in the fan theories and laws of the MCU. They also speak about costumes, initiation ceremonies, and their forthcoming production Wind River, which they star in together.

Doctor Strange in The Multiverse of Madness Press Conference: Benedict Cumberbatch, Elizabeth Olsen, Kevin Feige & more on the making of the madness.